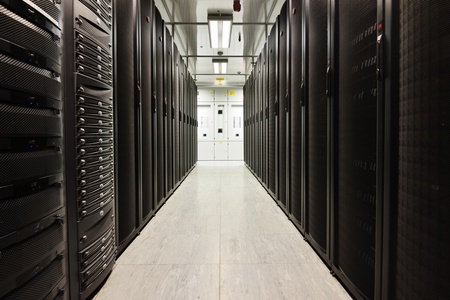 A pioneering project to create a new cutting edge and low carbon IT data centre for all the further and higher education institutions in Aberdeen has been hailed a huge success and has reached the final of a national computing award.

The University of Aberdeen, Robert Gordon University, Aberdeen College and Banff & Buchan College all required replacements to their ageing data centres, which were environmentally unfriendly and unsustainable based on future growth requirements.

Eighteen months ago they agreed to pool their resources and jointly invest in one state of the art shared datacentre.

The ambitious £1.2m operation has now reached the final of two national competitions that recognise sustainable initiatives within the UK public sector.

The new data centre, based at the King’s College campus of the University of Aberdeen, hosts the IT infrastructure for the four institutions and has reduced the sector’s carbon footprint by more than 1,400 tonnes annually as well as slashing its energy bills by more than a quarter of a million pounds each year.

“This was a 10 month, large-scale, complex and high risk project to upgrade an operational live data centre at the University of Aberdeen”, said Project Chair and Head of Service Management for IT Services at the University of Aberdeen, Brian Henderson. “Hundreds of servers from the four institutions had to be relocated, as did major networking equipment serving schools and educational institutions across the North East of Scotland. “

The project has reached the finals of the British Computing Society UK IT Industry awards as well as the UK-wide Green Gown Awards and the Scottish Green Energy Awards.

“This was a colossal undertaking by the teams involved from across the four institutions,” says Andrew McCreath, Executive Director of IT and Communication at the Robert Gordon University. “Not only have they met the challenge and produced a low carbon, highly efficient alternative data centre for the whole of North-East Scotland’s tertiary education sector, but they have also been recognised with these award nominations. Everyone involved in this project should be immensely proud.”