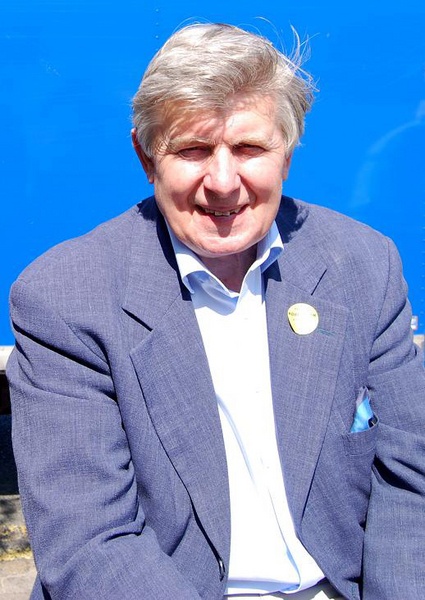 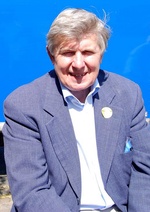 An event to remember former University of Aberdeen rector, Stephen Robertson MBE, has raised £20,000 towards research into pancreatic cancer - the disease that took his life.

Plans have also been announced to create a cultural centre at the University, as a fitting tribute to Stephen, an alumnus of the institution.

Proceeds from a variety show honouring Stephen – well known across Scotland and beyond as a member of Scotland the What? - will help scientists at the University in their efforts to prevent and understand pancreatic cancer.

The show – A Wonderful Guy - which took place at His Majesty’s Theatre in April, was directed and produced by Craig Pike of local production company, Flying Pigs and featured performances from Stephen’s grandchildren and recreations of Scotland the What? sketches.

The event was supported by Aberdeen Performing Arts and Mackie’s of Scotland.

Stephen’s wife, Eva Robertson said: “The show was held on the very day Stephen would have celebrated his 80th birthday, in a venue where Steve and his friends Buff and George – Scotland the What? – shared many decades of fun, laughter and love with the folk of Aberdeen. They called His Majesty’s Theatre their spiritual home.

“A total of 150 people participated – both onstage and off – who all freely and willingly gave their time and talent to pull the show together.  We are immensely grateful to each and every one for making the occasion so special, and for helping raise money towards research into this devastating disease.

“I know Stephen would be delighted to know this performance in his memory, will in some way help in the progression towards better understanding how pancreatic cancer can be prevented and treated.”

Professor Matteo Zanda from the University of Aberdeen’s School of Medical Sciences who is among those leading the institution’s research into pancreatic cancer said: “The University is playing a vital role in the global endeavour to prevent and understand pancreatic cancer, which is the tenth most common cancer in Britain and has the lowest survival rate.

“We are undertaking hugely important research which could ultimately lead to early diagnosis and the development of new drugs to target pancreatic cancer cells.

“These funds raised will enable us to advance our research and reach the pivotal stage where trials investigating how we can identify pancreatic cancer cells through their unique disease markers and destroy them selectively, can begin in collaboration with scientists at the University of Liverpool.”

The building will become available when the new Aberdeen Sports Village Aquatics Centre opens next year.

Professor Sir Ian Diamond, Principal and Vice-Chancellor of the University of Aberdeen said: “During his time at the University Stephen was an active member of the student body. He was President of the Union, and performed in the Student Show for five years.

“The cultural centre will be a wonderful way to remember Stephen, his accomplishments and all that he gave to the University throughout his life.”

Anyone interested in supporting research into pancreatic cancer at the University or the cultural centre, please contact the University’s Development Office on 01224 272281 or visit www.abdn.ac.uk/giving/performance