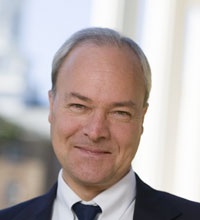 University of Aberdeen Pro Chancellor, the Very Reverend Professor Iain Torrance has been appointed Dean of the Chapel Royal.

As Dean of the Chapel Royal, Professor Torrance will be responsible for the oversight of the ecclesiastical establishment, which is part of the Royal household.

Professor Torrance takes on the role following the retirement of the Very Reverend Dr John Cairns.

Commenting on his appointment Professor Torrance said he is greatly honoured by the trust which the Queen has placed in him.  He has particular interest in inter-faith dialogue and the welfare of people who migrate to Scotland.

Professor Torrance said: “Between 2014 and 2018 we will be involved in a national commemoration of the First World War and we need to find appropriate ways to learn from it.”

Dr Cairns, a former Moderator of the General Assembly of the Church of Scotland, was appointed Dean of the Chapel Royal in 2006.

Commenting on the appointment, the Right Reverend Lorna Hood, Moderator of the General Assembly of the Church of Scotland and herself a Queen’s Chaplain, said: “The Chapel Royal I know will be delighted in the appointment of Iain Torrance as its Dean and we thank John Cairns for his years of diligent service to the church in a variety of roles but especially at this time as Dean of the Chapel Royal.

“Both John and Iain have faithfully served the church with distinction and we rejoice with them in this recognition by the Queen. The Church of Scotland is proud of its relationship with the Royal Household and we look forward to maintaining those links in the future.”