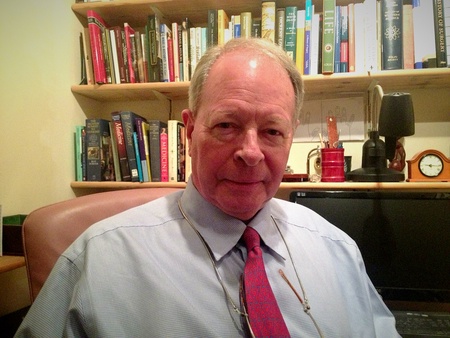 An Aberdeen alumnus has brought back to life a work of an 18th century Aberdeen physician who discovered why many women were dying of infection during childbirth.

Alexander Gordon was the first to demonstrate that the potentially deadly puerperal or ‘child-bed’ fever was being passed to patients by their medical attendants.

Puerperal fever is a bacterial infection that may attack women after giving birth but good hygiene practices such as thorough washing of hands can largely avert the disease.

Gordon made the connection between women dying and the spread of infection by studying an epidemic of puerperal fever in Aberdeen in 1789-92.

He published his findings in a book but his compelling evidence and conclusion that poor hygiene among medical attendants, mainly midwives, was to blame met with such vitriol and outrage that Gordon was forced to quit Aberdeen.

Another century was to pass before causal agent, the streptococcus, was identified and the contagious nature of puerperal fever was finally accepted.

With his departure, Gordon lost all hope of publishing his masterpiece The Practice of Physick - a near complete text of the medicine of his time. The manuscript remained first with his family and then in the library at King’s College. Even the final page of the original script halted abruptly in mid-sentence, as if Gordon had fled there and then.

Two centuries on and Aberdeen graduate Peter Bennett has painstakingly transcribed the landmark text, providing a glossary and comments. Peter is an established medical author; one of his books has been translated into eight languages, and his work on drugs in breast milk is used in hospitals around the world.

The Practice of Physick by Alexander Gordon recounts vividly the experience of being a doctor - and a patient - 220 years ago.

Peter said: “I came upon the manuscript by chance. It was a fascinating book to work on. Georgian Britain was experiencing the vigorously creative intellectualism of the Enlightenment. The medical profession itself was alive with new and often unsubstantiated theory, tearing down the dogma that had held sway for two millennia, and yet some medical practice remained unaltered.

“In the 1790s doctors were still employing bleeding, cupping and leeching and medicines often comprised highly toxic substances such as mercury and tar water.

“Yet the book also contains some gems. On prescribing, Gordon urges doctors, first to question whether a drug is necessary at all, next, to see whether a non-drug approach would work, then to use as few drugs as will achieve the objective and, always, to be aware that drugs carry risk as well as benefit. This is exactly what we enjoin in medical texts at the present day.

“Gordon’s place in medicine is still not adequately recognised; perhaps the publication of The Practice of Physic will help to redress the balance."

The Practice of Physick is available from www.authorhouse.co.uk