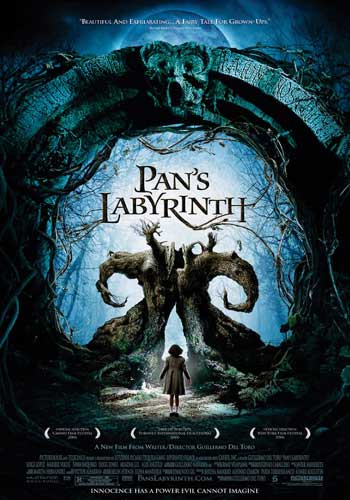 Aberdeen will receive an injection of Latin colour and culture next week with the launch of an ambitious new film festival.

The city's first Spanish and Latin American Film Festival will take place at The Belmont Picturehouse from March 9-13.

Films such as Pan's Labyrinth, Guillermo del Toro's Oscar-winning gothic fairytale, and Francisco Vargas's much-lauded El Violín will be shown as part of the week-long event.

The festival reflects the growing community of native Spanish and Latin Americans drawn to the North-east by the oil and gas industry and to study at its universities.

A partnership between the University of Aberdeen and The Belmont, with support from Aberdeen City Council and Scottish Screen, the aim of the festival is to promote the city as one of the UK's leading Hispanic cultural centres.

Organiser Dr Nerea Arruti, a lecturer in Hispanic Studies at the University of Aberdeen, said it was an ideal time to showcase the work of Latin America's new wave of filmmakers.

"The festival grew out of the University's ongoing cultural engagement programme and recognises the increasing interest in Spanish and Latin American culture and the city's position as an international oil and gas capital.

"Recent years have seen an explosion in the global popularity of critically acclaimed films such as del Toro's Pan's Labyrinth and the festival gives us the ideal platform to celebrate some of the finest Latin American films of the last five years.

"If the festival is the great success we expect it to be, then the intention is to make it an annual event in the city calendar."

All screenings are open to the public.  Full details can be obtained via http://www.abdn.ac.uk/spanish/filmfestival/ or through the Belmont Picturehouse at http://www.picturehouses.co.uk/cinema_home_date.aspx?venueId=bmnt and on 0871 704 2051.

All the above at the Belmont Picturehouse, Belmont Street, 6:30pm

This is a special free showing at the Arts Lecture Theatre, University of Aberdeen, 6:00pm