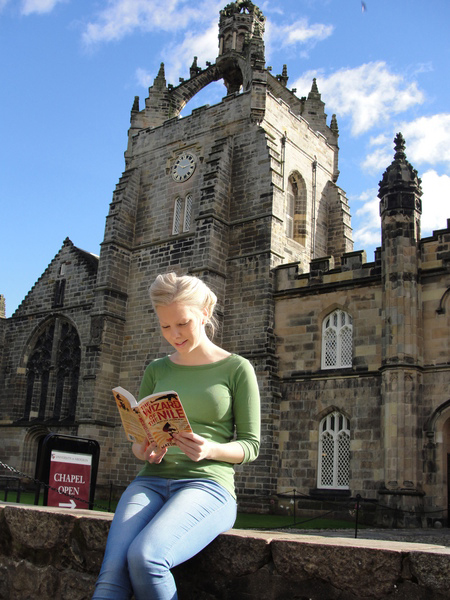 Following a host of successful Word events at the recent May Festival, and the launch of the popular Big Read project last year, the University of Aberdeen has donated a number of books to local secondary schools.

Around 160 schools across the North-east will receive a copy of The Wizard of the Nile from the University.

The Wizard of the Nile was chosen for the University of Aberdeen’s Big Read programme, launched in September 2012, and was extremely popular with students, and the team behind the Big Read hope that school pupils will also take the opportunity to enjoy reading the book.

Karen Salt, 2012 Director of the Big Read project, said: “We are pleased to share our chosen book with the wider community.  We hope that this story can facilitate more meaningful conversations about a complicated man and the community that gave rise to him.  It is our hope that the book gives pupils the context of Kony’s rise and continued presence within the region.”

The Wizard of the Nile by Reuters Special Correspondent Matthew Green was chosen as the text for the Big Read in cooperation with the University of Aberdeen Students’ Association, to reflect the massive global interest in Joseph Kony.

The hunt for Kony came to world-wide attention when a video about the rebel army leader, who is wanted for crimes against humanity and war crimes, became the most viral video in history and was viewed by more than 100 million people in just six days.

In the book Green, a former East Africa correspondent for the news agency Reuters, tells of his journey through a war zone on the hunt for Kony and explores the background to a conflict which has devastated many lives in the region.