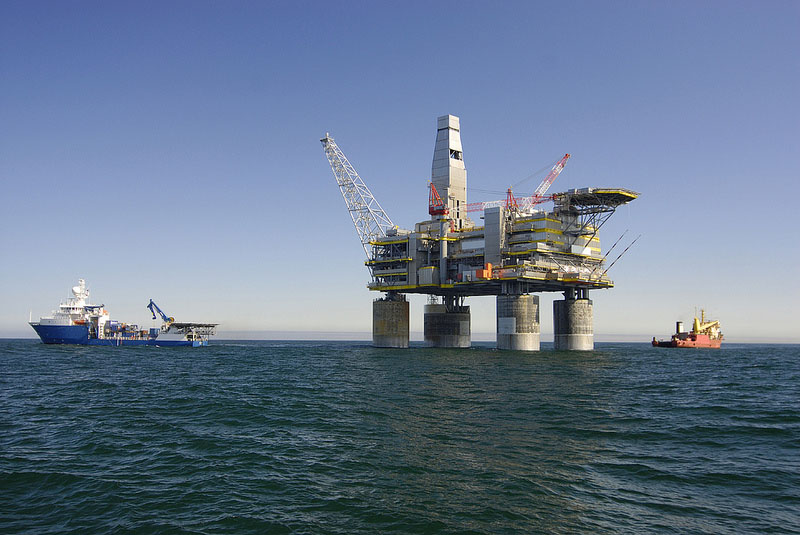 The North Sea oil and gas industry’s pursuit of new oil reserves has contributed to a greater understanding of where life exists on Earth and may even help us look for life on other planets.

The sector has been funding academic research at the University of Aberdeen into how sand moves and cuts through mud beneath the Earth’s surface for over a decade.

These ‘sand injections’ can hold large amounts of oil within them and as such the oil industry has been keen to explore how, where and why these happen in order to extract the oil.

As well as providing a greater insight into sand injections, the seismic and core analysis studied by the University of Aberdeen in conjunction with the Scottish Universities Environmental Research Centre (SUERC) has contributed to a greater understanding of where life exists deep within the Earth. The research has been published in Scientific Reports online journal.

“Microbial life can live between spaces in sand but the food that sustains these microbes comes from within mud. So the best place for this life to thrive is in the area between a layer of sand and a layer of mud”, explained Professor John Parnell, a Geoscientist from the University of Aberdeen.

“If you’ve got sand moving around under the Earth’s surface it will inject itself through layers of mud or pass through mud and that creates more of these prime areas where mud and sand interact.

“Our research has revealed this extensive habitat in the subsurface for microbes that we didn’t know for sure was there. This proves it is, and that it’s been there for at least 600 million years.”

The research also has wider scientific ramifications in terms of shedding light on the distribution of life on Earth.

Professor Adrian Boyce of SUERC echoed this sentiment. He said: “The tell-tale chemical signals that life in this environment left for us to find millions of years later opens the door to using these techniques to explore for life in other planets – especially below their immediate surfaces, which can often be hostile.”

Professor Andrew Hurst added: “The research was funded by the oil industry for a practical purpose but I’m delighted that as well as achieving that aim it has also helped us understand where life can exist deep underground.”

The full article, as published on the Scientific Reports website, can be viewed by accessing http://www.nature.com/srep/index.html