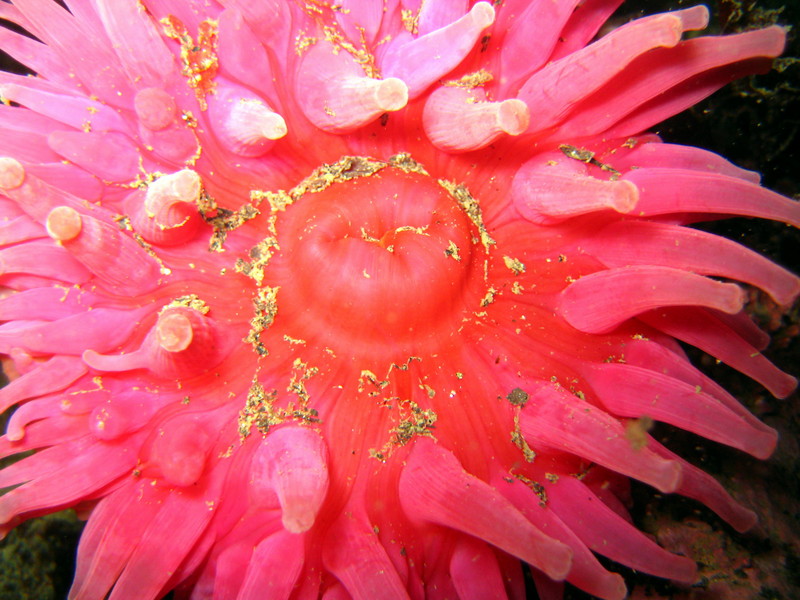 In an unlikely collaboration, marine chemists at the University of Aberdeen who search the sea bed for new drugs have teamed up with the Scottish Association of Flower Arrangement Societies (SAFAS) for the Chelsea Flower Show.

The Scottish branch of the National Association of Flower Arrangement Societies (NAFAS) enlisted the help of the academics to assist with their Jacques Cousteau-inspired display.

Entitled Far Below the Sea Blooms, the arrangement will attempt to replicate coral reefs and other underwater landscapes as part of a vibrant presentation.

“Working at the University’s Marine Biodiscovery Centre takes us into some strange areas of work but this one was particularly unusual and intriguing”, explained Professor of Organic Chemistry Marcel Jaspars.

“We worked with the flower arrangement team to explain the work that we are doing at the University and also to explain the structure of coral reefs and describe the individual animals to ensure that their floral display was an accurate representation of a coral reef.

“We were also keen to convey the message that underpins the work we do at the University, which is that reefs are an excellent source of new drugs that can have huge health benefits for the human race.”

This will be the first time in 23 years the Scottish arm of the NAFAS has produced the body’s Chelsea Flower Show display. It will be one of the biggest at this year’s event and will be on show in the Grand Pavilion.

“Marcel and I share a love of Jacques Cousteau’s beautiful photographs but it took Marcel’s explanation of what the reef consists of and the wider issues around it to really put us on the right track”, said SAFAS Chelsea 2013 Team Leader Valerie Davidson.

“The exhibit will take its cue from nature, where vibrant, bold, rainbow colours will juxtapose with subtle tones and tints as well as highlighting the iridescence of marine life.

“The exciting forms, textural and colour contrasts witnessed in marine life closely resemble much of the plant material the team will utilise in the exhibit. Sustainable, harvested, Orkney sea weed fertiliser is being used to propagate and grow on some of the plants being used.

“The exhibit underlines that sustainable harmony is key to our survival and through the display we’ll promote the fact that everyone has a responsibility to maintain this. The exhibit will feature many sustainable materials, such as Seacell (seaweed) and Bamboo. Colouring of these fibres will be achieved by using vegetable dyes. We will also be using recycled Oyster shell chick grit rather than aggregates.”

The Royal Botanic Garden in Edinburgh, the Logan Botanic Garden, and Threave Estate Castle Douglas partnered the SAFAS project and much of the plant material – some of which is very unusual - will be sourced from these gardens.

The University of Aberdeen and The Northern Scotland Local Section of the Royal Society of Chemistry have both donated money to support the display.