Moose Cree fiddler to perform at University
15 May 2013 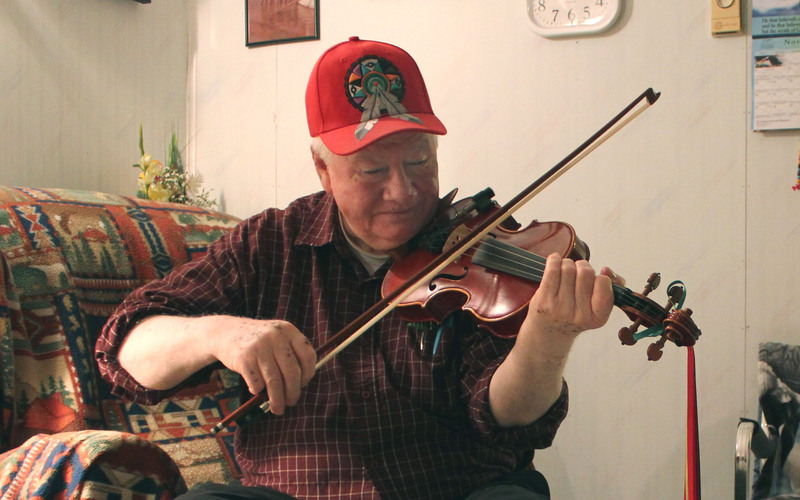 A fiddler from the Moose Cree First Nation in Canada is to perform at the University of Aberdeen as part of a one-off visit to the city.

James Cheechoo is widely believed to be the last person in James Bay, Northern Canada, to perform a repertoire of fiddle tunes written in the days of the Scottish fur trade which operated in the region from the late 1600s with the Hudson's Bay Company.

Cheechoo, who’s now in his eighties, will be visiting Aberdeen from May 13-20 as part of a one-off visit to perform, meet musicians and host a workshop on the James Bay fiddle tradition and its historical links with Scotland.

He is a member of the Moose Cree First Nation, a reservation community located on the old island settlement of Moose Factory in Northern Ontario and one of the oldest settlements in the region. The island is situated on the Moose River just off the coast of James Bay which is at the southern end of Hudson Bay, and the settlement dates back to the 1670s when it was established as a major fur trade outpost for the Hudson's Bay Company.

The family, whose first language is Cree, have travelled to numerous festivals showcasing the Cree fiddle style.

Their visit to Scotland is a very special occasion as it will be will be the first time they have travelled outside North America.

The stay in the North-East is part of a two-week Scottish tour which will incorporate performances on the Isle of Skye and at the Orkney Folk Festival in conjunction with the 200 year anniversary of the explorer John Rae’s birth.

James will be accompanied by his wife, Daisy, and his daughter Treena, on wooden spoons and drum.

James will perform at the following venues during his visit to Aberdeen: