Hidden dangers of fungi discussed at city event
06 May 2013 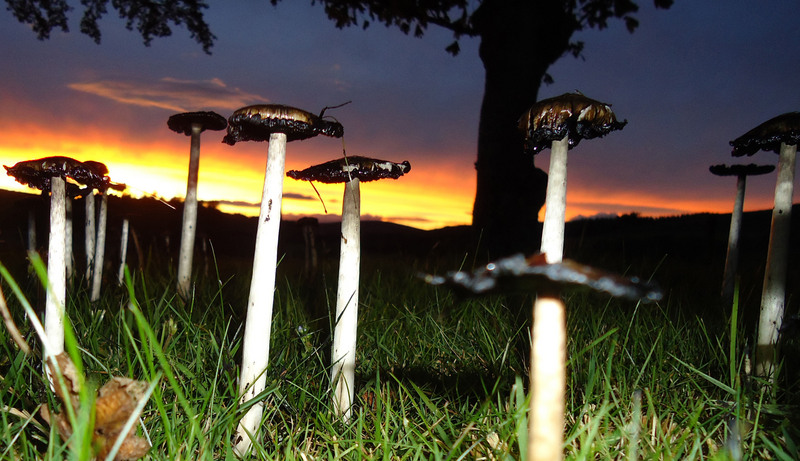 Fungi are vitally important sources of food, antibiotics and a huge range of useful products, but there is a dark side to these organisms that is not well appreciated.

The hidden dangers of fungi and the implications for human health and the environment are being discussed at the latest Cafe Scientifique Aberdeen City talk to be held at Waterstones, Union Bridge on Wednesday 8 May.

Fungal infections are having a devastating effect on the health of humans, environment and food security. Yet, fungi are poorly understood and have much less public awareness than diseases caused by bacteria, viruses and parasites.

The University of Aberdeen’s internationally-renowned Aberdeen Fungal Group lead cutting edge research in this area and raise public awareness of life-threatening fungal infections which are a growing problem worldwide.

Current research and the actions required to protect human health and the environment against fungal infections will be discussed at the Cafe Scientifique. The discussion, which is being held as part of the University of Aberdeen’s new May Festival is aimed at a general public audience. It will be led by Professor Neil Gow and Professor Alistair Brown, from the Aberdeen Fungal Group.

Professor Brown commented: “Many people are aware of health threats posed by bacteria and viruses, but don’t appreciate the medical impact of yeasts and fungi.  While some fungi are a force for good, others pose significant medical problems.

Professor Gow added: “Aberdeen University leads a UK-wide effort to combat fungal disease across the globe through a combination of world-class research, training and outreach programmes.  Our aim is to increase awareness of the medical challenges, to discuss solutions to these problems, and to address the pseudo-science that pervades this area.”

‘The Unknown Superbugs Among Us’ is set to be an informal and thought-provoking night offering plenty of time for questions. The event gets under way at 7pm, is free to attend and is part of the Café Scientifique Aberdeen City series taking place through until October. Full details of this and other programmes can be found at www.engagingaberdeen.co.uk. The series is supported by a science engagement grant from the Scottish Government. More details of the University May Festival can be found at www.abdn.ac.uk/mayfestival.