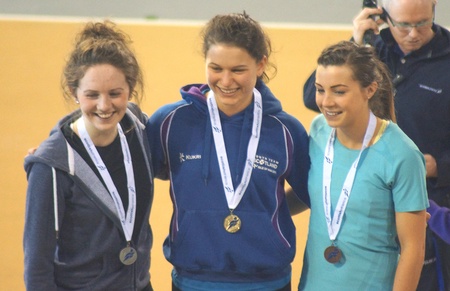 As well as taking the title with a personal best time of 7.69 seconds, Zoey, a John Robertson sports scholar, also claimed bronze in the Scottish Seniors 200m behind Chloe Lambert and three-time Olympian Lee McConnell.

Donald Pirie, Head of Sport at the University of Aberdeen said:  “This was another fantastic showing by our athletes. It’s good for Aberdeen but at this level it’s also great for the sport in Scotland.

“I think it’s fair to say these performances are proof that the Aberdeen Sports Village is already starting to bear fruit for athletics."

The event was held at the Emirates Arena in Glasgow on Sunday February 18.