An end to suffering buffering? Researchers to speed up Internet
13 February 2013 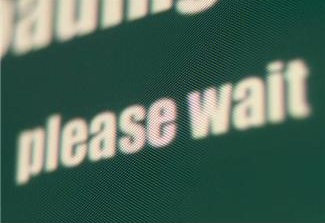 Slow and jerky online video could become a thing of the past as Europe’s best Internet researchers come together to make the web faster.

University of Aberdeen researchers are involved in a project that aims to significantly reduce online delay, or latency, without the need to invest in new and expensive connections.

The team are looking at re-writing the way computers talk to each other in order to work smarter, not harder, to increase the speed of the Internet.

Professor Gorry Fairhurst, an Internet Engineer from the University of Aberdeen, said: “It’s a problem we all notice when you’re using a program like Skype. If anyone else in the house is watching a video at the same time – your video connection becomes jerky and often crashes.

“This affects gamers who want to play online in real time and companies doing stock training – both end up buying special and expensive internet connections to make these work, but often it’s not more bandwidth that’s needed to go faster – it’s less delay. We think we can reduce this delay by making a set of small but important changes to the way computers and the network process the Internet data.”

The present Internet limits the performance of real-time interaction applications like Skype, gaming and critical business applications partly because the network has been optimised to increase the volume of data it can handle. Large buffers hidden inside the network equipment add to delay, which can result in frustration for users.

RITE (Reducing Internet Transport Latency) Project co-ordinator, Andreas Petlund from Simula Research Laboratory in Oslo said: “Every time you click on a web page or encounter a new scene in an online game there’s all manner of things going on ‘under the hood’. Bandwidth is only about how many bits you can transfer per second, but speed is about how long it takes to complete a task. This depends on how long it takes for even a small message to get from A to B, and how many back-and-forth messages the protocols require even before data transfer can start. Then, it can take a few more rounds of messages to get up to speed while the computers sense how much network capacity is currently available.”

The project has been funded by over £3million from the European Commission and will seek to identify and implement new methods to significantly reduce - or even eliminate - the effects of delay in many scenarios. Mechanisms, both in the network and in the end-hosts, will be explored for achieving the best possible aggregate latency reduction.

As well as being great news for online gamers and having benefits for video conferencing facilities, any progress could be hugely beneficial to internet users where internet speeds are currently slower than average.

Professor Fairhurst added: “Our vision is that the new methods will actually be adopted by the industry and we feel that’s a credible possibility. We’re focussed on one defined problem and we think there are fixes for this, but we have to change the current standards for the Internet. This isn’t something that companies like Microsoft and Apple will undertake lightly, but we expect they’ll take up what we’re doing because this has benefits for everyone. If we can’t do something that the rest of the world stands up and says – ‘ok I get it, we’ll standardise it’, then we’ve failed.”

The RITE consortium (Reducing Internet Transport Latency) is a three year project backed by €3,569,000 from the European Commission’s Framework 7 programme.  The University of Aberdeen will receive €464,086 of the total.