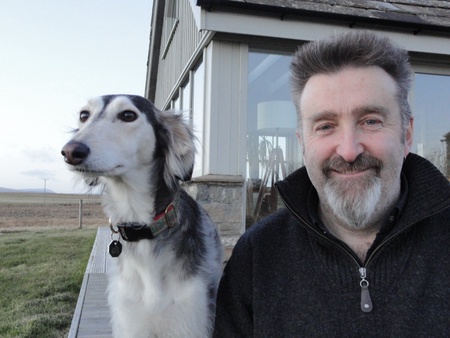 Scientists at the University of Aberdeen hope to find out when and where dogs first became man’s best friend by examining DNA and bones from ancient remains of wolves and dogs.

The earliest conclusive evidence for domestic dogs is around 14,000 years ago but some theories suggest they could have been domesticated as far back as 35,000 years ago.

Arguments persist regarding where the process first began. Some researchers insist dogs were domesticated just once in East Asia and spread from there while others suggest the practice happened in a variety of different areas and at different times.

The project, funded by a major grant from the Natural Environment Research Council (NERC), will enable researchers from the University of Aberdeen and Durham University to apply cutting-edge techniques to examine the DNA, bones and teeth of dog remains found across Asia and Europe.

Professor Keith Dobney, Sixth Century Chair of Human Palaeoecology at the University of Aberdeen said: “Just about everything associated with domestication is really about the beginnings of farming. Except dogs. Dogs were domesticated by hunter-gatherers at least 3,000-5,000 years before agriculture and possibly tens of thousands of years earlier.

“The shift from hunting and gathering to agricultural was the most profound event in the history of humankind. Its effects have shaped every aspect of society today. How and why this happened is key to understanding the origins and rise of human civilization and even aspects of our own biology.”

Dr Greger Larson, a Reader and ancient DNA expert at Durham University, said: “It is remarkable that despite the fact we have a good feel for the times and places of when cows, sheep, goats, and pigs were domesticated, we still don’t have the first clue about dogs. Using a combination of state-of-the-art techniques we hope to change that.”

Researchers will employ new techniques to study the genetics and shapes of ancient bones and teeth to gain insights into how domestication affected the dogs biologically and also to chart how domesticated dogs moved across the globe.

Another key finding is likely to be whether dogs were domesticated just once in one particular location and spread from there – or if the process was carried out a number of times in various different places across the Old World.

Dr Larson added: “Remains as old as 15,000 years have been found in several sites across Europe and Asia suggesting dogs were either domesticated independently on several occasions across the Old World, or domesticated just once and subsequently spread with late Stone Age hunter-gatherers. There are also those who suggest that wolves were involved in an earlier, failed domestication experiment by Ice-Age Palaeolithic hunters about 32,000 years ago.”

The three year project gets underway in October and is backed by a £950,000 grant from the NERC – one of only a few handful of grants awarded to archaeological science.