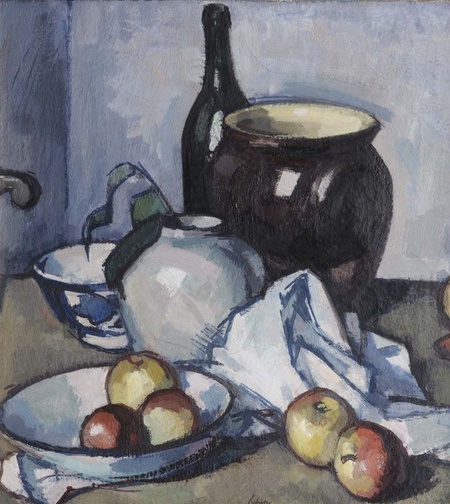 As part of the Your Paintings celebration, The University of Aberdeen will be opening up the Linklater Rooms beside Elphinstone Hall to show paintings rarely seen by the public on Friday February 8 from 10am till 4pm.

The free event is part of a nationwide series of activities to celebrate the completion of Your Paintings, a website for the entire UK national collection of oil paintings created by the BBC in partnership with the Public Catalogue Foundation. All 211,861 paintings are now available to view online at: bbc.co.uk/yourpaintings.

Held in over 3,000 galleries, museums and other civic buildings around the country, these paintings span over 600 years of art history – arguably the greatest national collection of its kind in the world. Due to limitations of exhibition space, 80% of these works are normally held in storage and not easily visible to the people who own them – the UK public.

The University of Aberdeen’s Linklater Rooms contain several C20th Scottish oil paintings, including artworks by Scottish Colourists.  The rooms are predominantly used for functions so public access to the paintings is normally very restricted.  A recently conserved C17th painting of a sibyl will be on show beside these artworks after nearly two decades of staying in the art store due to poor condition.  Sibyl Aegyptiaca is one of ten paintings of sibyls owned by the University, all loosely attributed to George Jamesone.  Records show that the sibyls were displayed in the University’s King’s College campus during the 17th, 18th, 19th and 20th centuries. The University Museums are hoping to restore all ten sibyls to their former glory and two sibyls have so far been conserved with another currently away at a Conservation Studio.

Shona Elliott, Fine Art Curator, University of Aberdeen Museums said: “The University has been collecting and commissioning works of art since the foundation of King’s College in 1495.  We now have around 2000 artworks, including over 400 oil paintings.  The Linklater Rooms display some of the best material in the collection and we’re keen to let the public see these gems.”

The Your Paintings website features paintings from 441 museums, galleries and public buildings in Scotland. They include major works such as Sir Joshua Reynold’s painting of Dr. James Beattie (‘The Triumph of Truth’) at the University of Aberdeen.

Andrew Ellis from the Public Catalogue Foundation said: “No other country has ever embarked on such a project to make accessible online its entire collection of oil paintings. The result is an extraordinary rich and varied virtual gallery of paintings with styles and subject matters to suit all tastes and interests.”

Saul Nasse, Controller from BBC Learning said: “The idea that we could put on virtual display all the UK’s paintings was madly ambitious, but thanks to a brilliant partnership with the PCF, we’ve realised that ambition.  Your Paintings is a thing of beauty and I’m hoping the events that we’re rolling out right across the country are going to inspire thousands more people to learn about these wonderful paintings.”

Taken together, this collection of 211,861 paintings presents an unparalleled insight into the nation’s culture and history. Paintings by over 37,000 artists are on the Your Paintings website, including Old Masters and works by leading British artists. Just fewer than 30,000 paintings do not have firm artist attributions, leaving the possibility of important discoveries in years to come.