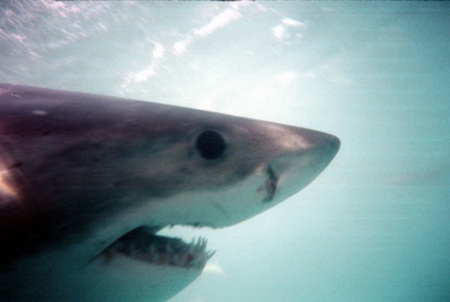 A pioneering drug development team at the University of Aberdeen has received a £1.5M funding boost to accelerate the progress of multiple novel drug leads to tackle cancer and diseases such as debilitating inflammatory conditions

Scottish Enterprise and Biotechnology and Biological Sciences Research Council have provided financial support for the innovative work which takes to the next level research first developed at the University a decade ago, which created novel therapies based on the immune system of one of the most ancient species on the planet - sharks.

The next-generation technologies now being developed - which will be spun out out of the University into a company later this year - uses small man-made proteins closely related to structures called Variable Novel Antigen Receptors (VNARS), found in the shark immune system. VNARs are the smallest molecule of this type identified so far in the animal kingdom.

The VNARs engineered by the team in the lab are the same size, and are being used to develop new drugs as well as to deliver - in a more tailored way - drugs into the body. Their small size will provide better penetration of solid cancer tumours and also make them capable of crossing into the brain. Their size, and less complicated structure, also potentially makes them much cheaper medicines than other related therapies.

The team, comprising ex-industry professionals and leading academics, have successfully produced over 10 billion of these drug-like molecules. They say their VNAR drug library is the “equivalent to having access to 10,000 sharks without needing to keep a single animal in an aquarium”.  From this drug library they have already successfully gone “fishing” for new therapies to conditions such as cancer or inflammation.

One of the team’s VNARs can significantly extend the effective life of existing and new drugs in the body.  Typically drugs have to be taken every few hours. However, if joined to the new VNAR, their useful potency can be increased from hours to weeks.   Other VNARs can specifically recognise, target and then destroy cancer cells.   By the end of this funding period the Aberdeen team aim to have produced drug candidates that not only have a long half-life but can also seek out and deliver deep into tumours powerful toxins that are tailor-made to kill cancer cells.

The University’s Professor Andy Porter and Dr Caroline Barelle are heading up the research. They have already had success with the drug discovery company Haptogen Ltd - a University of Aberdeen spin-out that was bought by the US pharmaceutical company Wyeth Inc in 2007.

Professor Porter, Professor of Biotechnology and Director of the Scottish Biologics Facility, said:  “We are excited and delighted with the support we have received from Scottish Enterprise and BBSRC for our research.  These next-generation, targeted therapies show the potential to be more effective than current approaches, with less side-effects for patients and reduced costs of drug manufacture.”

Dr Barelle, Senior Research Fellow, added:  We have already received commercial interest in our progress to date and I hope to use my industry background to help turn our exciting drug leads into a new successful biotechnology company which we will spin-out from the University of Aberdeen.”

Professor Stephen Logan, Senior Vice-Principal for the University of Aberdeen, said:  “This is ambitious and exciting research which will help build on Aberdeen’s reputation as Scotland’s commercial capital for drug discovery.”

Julia Brown, Director of Foresighting, Scottish Enterprise added: "Scottish Enterprise recognises the international strength of the biologics research and commercialisation capabilities of the University of Aberdeen and is pleased to be able to support this innovative project.  The technology involved has huge potential and the challenge now is to help translate this into a successful company, located in Scotland."

Andy Porter is Professor of Biotechnology and Director of the Scottish Biologics Facility, University of Aberdeen.  He was founder and CSO of Haptogen Ltd, acquired by Wyeth Inc in October 2007.  In 2005 he was made the Ernst and Young Plc, UK’s Science and Technology Entrepreneur of the Year.  He has been a Fellow of the Royal Society of Edinburgh since 2006 and a Fellow of the Society of Biology since 2012.

Andy has a number of non-executive Board positions within the Scottish biotechnology sector and has previously been involved with taking protein based drugs into clinical trials.  Unusually for an academic he also part owns an awards winning cocktail bar “Orchid” voted the “best cocktail bar in Scotland” at the Scottish Licence Trade awards dinner 2012.

She will lead a team of senior research scientists developing novel biologic bio-tools and therapeutics based on shark single binding domains or VNARs. Her previous roles include Head of VNAR Development at Pfizer and Wyeth where she led the single-domain antibody team isolating and progressing leads through to late pre-clinical assessment.  Prior to this she was Programmes Manager at the antibody engineering company, Haptogen Ltd, acquired by Wyeth in 2007.