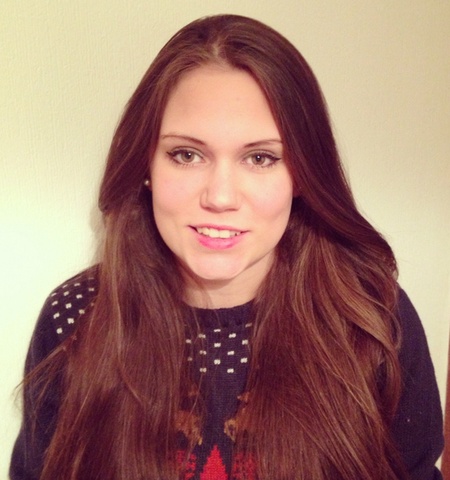 A University of Aberdeen student studying for a Diploma in Professional Legal Practice has been crowned the winner of a class project which saw students take on the stock market.

Erin Grieve and her fellow students were given an imaginary £100,000 to invest in 10 companies registered on the FTSE 100 share index and spent nine weeks monitoring their share values.

Participants were allowed to buy and sell their shares in their chosen companies as they saw fit but had to record the value of their share portfolio each week.

On the final day of the investment game, Erin was named the winner with a healthy profit of over £16,000.

Erin was presented with a bottle of champagne, which was donated by St James Place Wealth Management.

The project was supported by St James’ Place Wealth Management, with a representative also giving the students a presentation on the stock market to set them off on their task.

Erin says: “I had great fun taking part in the Investment Game, and my competitive streak really came out during the course of the project!

“I was delighted when I found out I had won, I think I picked my companies well and the key to my success was the amount of research I carried out before the project started.

“I only ended up with one risky company and I sold it quite promptly – which was probably just as well.”

Dr Susan Stokeld, Director of the Diploma who oversaw the project, added: “The Investment Game has proven to be an extremely useful – and enjoyable – assignment for all involved.

“As well as being a bit of fun, it also teaches the students a valuable lesson in business and financial awareness.

“I would like to congratulate Erin on her success and also thank St James’ Place Weatlh Management for its support of the project.”