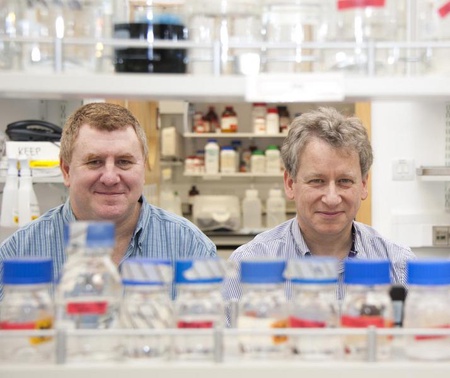 A lack of rapid and robust diagnostic tests, safe and effective drugs and preventative vaccines is hampering the treatment of patients with invasive and potentially deadly fungal infections. That is the warning contained in a major review of the fungal disease burden led by scientists at the University of Aberdeen and published today (Wednesday, December 19) in the journal Science Translational Medicine.

Researchers say not enough money is being spent on a problem which they claim is not widely appreciated – even though more than 50% of people who contract a severe invasive fungal infection may die from the disease.

The problem and challenges of serious fungal infections - which, in some parts of the world, kill at least as many people as tuberculosis or malaria - are highlighted in the review Hidden Killers: Human Fungal Infections which calls for urgent action in three areas.

In it, researchers - also from other institutions in the UK, America and the Netherlands - describe how the study of fungal infection has lagged behind that of other disease and infection causing pathogens; despite the risk they pose for people with lowered immune systems, such as patients being treated for cancer.

Professor Gordon Brown, Professor of Immunology at the University of Aberdeen and part of the University’s internationally-renowned Aberdeen Fungal Group, said: “Fungi infect billions of people every year, yet their contribution to the global burden of disease is largely unrecognised. Most are relatively ‘minor’ superficial infections, such as athlete’s foot or thrush, and these are usually fairly easily treated.

“However it is the less common invasive fungal infections that we are concerned about because these are associated with unacceptably high mortality rates. Many species of fungi are responsible for invasive infections which kill about 1.5 million people each year. However the actual figure is not really known because epidemiological data for fungal infections is notoriously poor and fungal infections are often misdiagnosed.  The longer it takes to detect and identify the fungus as the underlying cause of disease, the less the chance of saving the affected patient.”

Professor Neil Gow, Professor of Microbiology at the University of Aberdeen, also part of Aberdeen Fungal Group, said:  “Serious invasive fungal infections can be called hidden killers because they can be contracted by people who already have another health problem which has compromised their immune systems, such as those with HIV/AIDS, patients undergoing chemotherapy and those who have had an organ transplant.

“However invasive fungal infections can also affect people whose immune systems have not been affected, such as patients, undergoing invasive clinical procedures or whose treatment requires extensive stays in intensive care.

“We have also seen fungal infections spread. One fungus, historically found mainly in tropical and subtropical regions of the world, has recently been reported with increasing frequency in Vancouver Island, Canada and British Columbia and Washington and Oregon.

“A second hypervirulent strain of this Cryptococcus fungus has also emerged in outbreaks involving patients who had little to no underlying immunodeficiency.  Although the numbers affected so far have been relatively small, the evolution and geographic expansion of this fungal pathogen raise concerns that it could emerge as a greater threat to human health.”

Professor Brown added: “We really need to raise awareness of the significance of fungi as human pathogens and we need to gather better and more accurate epidemiological data about the impact of these diseases in order to mobilise research investment in the field.

“Three areas require immediate attention. Firstly, we need better and speedier methods for diagnosing serious fungal infections. Secondly, we need safer and more effective antifungal drugs. Lastly, the ideal solution would be to prevent fungal infection through vaccination but currently there are no vaccines for these diseases in clinical use. These three areas should be a priority. If we could only achieve one of these goals it would have a substantial impact in reducing the risk of life-threatening fungal infection which is growing worldwide.”