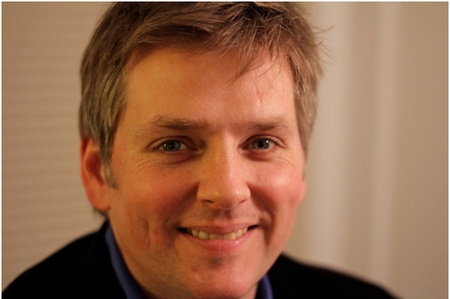 The north-east may have experienced the first white-out conditions of the winter but for an Aberdeen anthropologist it is just a glimpse of what lies ahead as he moves to Siberia today (Friday, December 7).

Dr Alexander King will relocate from Aberdeen to the remote town of Palana, on the west coast of the Kamchatka Peninsula, on a 10 month expedition to document an endangered language in the region.

It is a move which will mean Dr King, wife Christina and sons Xavier, nine, and Theo, six will need to get to grips with arctic weather conditions in north-east Siberia.

Dr King said:  “We hadn’t anticipated moving over in the depths of winter but delays in obtaining a visa – and the complexity of the move – put back our departure date.

“With the cold weather hitting north-east Scotland the good news for us is that it’s only a few degrees colder in Siberia so we’re already getting acclimatised!”

Dr King’s research will focus on two dialects of the Koryak language – one spoken by reindeer herders who are Chukchipeople and the other by maritime people living along the coast of Penzhina Bay.

The project to document these languages has been funded by the Endangered Languages Documentation Programme (ELDP)* and Dr King says it will be the first time anyone has investigated these dialects since they were first noted by linguists in 1901.

Koryak is a ‘dying language’ and Dr King hopes he and his colleagues can record and document it before it is lost forever.

“There are now only a handful of younger speakers so as a result the languages are very much endangered,” he added.

“Indigenous peoples around the world are shifting from speaking their heritage languages to using socially dominant languages in everyday life, such as English, Spanish and Russian.

“But it is only by having careful documentation of the full span and variety of human language that we can really know what is possible and impossible in human speech and thought.”

Dr King and his colleagues will record, transcribe and translate over 150 hours of Koryak speech across several genres using the latest methods and digital technologies.

The project will produce a database, a DVD of storytellers, and a bilingual book of narratives. It will also provide the skills and equipment for local linguists and folklorists to continue documentation work long after the project is finished and contribute to Koryak teaching and revitalisation efforts.

While the family will be based in Palana, Dr King will undertake an eight-week expedition to the more northerly reaches of Kamchatskiy Krai with two Koryak colleagues to trace native speakers. It will mean adjusting to life in villages where electricity is rationed and the main mode of transport is small plane or helicopter.

He said he and the family were thrilled to finally be heading to Siberia.

“Xavier is already signed up for the Palana school football team – though Palana has only one school and the nearest other school is a long day's walk or a 25-minute helicopter ride away so away games could be interesting!

“Sport for them will also include skiing lessons which they are both very excited about.

“We are looking forward to the trip and hope to be settled into our new home just before Christmas. As the Russians celebrate Christmas on January 6, following the Julian calendar, we do have a little time to prepare.”