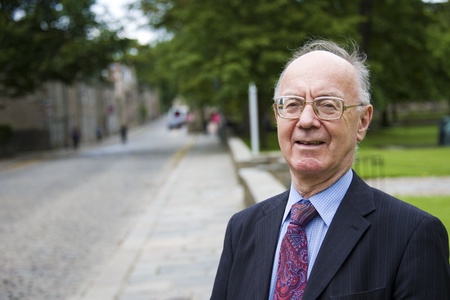 A new study from the University of Aberdeen published today highlights the substantial remaining potential from the UK Continental Shelf (UKCS) but concludes that, if long term economic recovery is to be maximised, there is a need to (1) increase the exploration effort above recent levels, (2) develop more incremental projects to enhance the recovery factor particularly in oil fields, (3) reduce the unplanned downtime, (4) facilitate speedier and more efficient third party access to infrastructure, and (5) extend the life of the infrastructure.

Using financial simulation modelling, including use of the Monte Carlo technique for assessing exploration and new discoveries, it was found that, using $90 per barrel and 55 pence per therm prices in real terms (thus increasing yearly at the inflation rate of 2.5%), oil production could increase over the next few years, and thereafter decline at a fairly brisk pace.

Over the next 30 years the cumulative total hydrocarbon production (including natural gas and NGLs) could amount to 16.8 billion barrels of oil equivalent (bn boe).  This may be compared with the central estimate of the ultimate potential made by DECC of nearly 20 bn boe (with an upper estimate of around 33 bn boe).  Thus on current trends and performance the ultimate potential will not be achieved over the next 30 years or even by 2050, when 17.5 bn boe could be produced.  But well before that time much of the infrastructure will have become uneconomic and its absence will make it much more difficult to ensure the economic development of the small fields, which will dominate the population of undeveloped discoveries.

The study finds that the series of recently announced tax allowances against the Supplementary Charge (SC) for new field developments will have a substantial effect over the longer term in facilitating the development of high cost fields.  Exploration should also be encouraged, particularly by the doubling both the size of the allowance for small fields and the size of eligible fields.  The modelling in the present study takes this into account, but the exploration effort needs to be increased further to produce new discoveries on a scale sufficient to extend the economic life of the infrastructure.

The brownfield allowance will facilitate the development of high cost incremental projects.  For this allowance to have maximum effect more R and D work on technologies to enhance oil recovery will be important to identify the most productive incremental projects.  The brownfield allowance may need modification to accommodate some EOR technologies which are expensive with respect to operating costs which do not qualify for the current allowance.  Examples are polymer flood schemes which are currently being examined for use in the UKCS.

Field investment is currently extremely high, with the estimated total for 2012 being £11.5 billion.  This is due to the coincident development of several very large fields/projects.  But in a few years it will fall substantially unless more new projects are brought forward.  Over the 30-year period cumulative field investment could amount to £134 billion (at 2012 prices).  Operating expenditures could accumulate to £173 billion and decommissioning expenditure to £36.7 billion.  These very large figures reflect the rising costs of exploiting the UKCS.  The costs per barrel are now high by international standards, and further new developments and discoveries can help to contain the rise.  Thus the incentivisation of exploration, speedier and more efficient access to infrastructure, and reduced unplanned downtime can all play major roles in enhancing the viability of the sector.  Streamlining of the tax reliefs for SC (for example, for incremental projects), and the clear establishment of rules for guaranteed tax relief for decommissioning can also play major roles in accelerating activity levels and thus overall recovery.