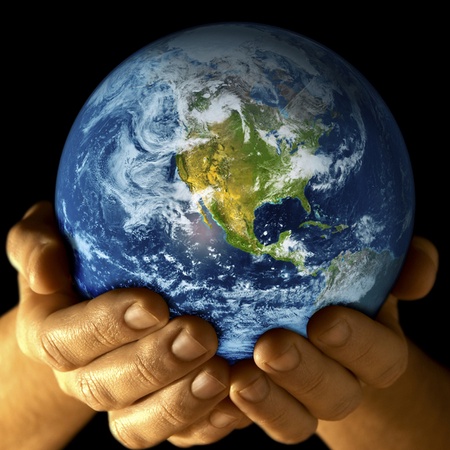 With the ‘end of the world’ just weeks away – if you believe some prophecies – a University of Aberdeen academic will examine mankind’s fascination with worldwide destruction.

According to the Mayan calendar, December 21, 2012 marks the conclusion of a 5,125 year cycle which some believe could mark the end of life as we know it.

For the latest event in the University’s successful Café Controversial series, Professor Bill Naphy will discuss this theory as part of a wider look at the history of predictions of Apocalypse - from Christians’ fears in AD 1000 to contemporary concerns about ‘killer comets and the hysteria surrounding the Millennium Bug in 2000.

The 2012 phenomenon has already inspired a blockbuster Holywood action movie but has also generated considerable press discussion and sparked numerous events including a large exhibition at the Museum of the University of Pennsylvania.

The winter solstice happens every year on December 21 or December 22 but 2012 is the end-date of a 5,125-year-long cycle in the Mesoamerican Long Count calendar leading to wide discussions about what could happen.

Professor Naphy said: “People place significance on calendars even though they’re a completely arbitrary concept invented by people themselves.

“The Mayan people couldn’t even remember why they started the calendar when they did, so to assume that because they decided to measure time in a specific way, that reaching the end of a certain time period has any significance is quite irrational.

“Paranoia runs deep and strong in human beings and they give significance to rare events such as the 100 year storm. Then they say ‘100 year storms are happening more often’. Well then, it’s not a 100 year storm.”

As well as covering mankind’s obsession with calendar events, the talk will focus on the often misinformed perception of risk.

Professor Naphy added: “People fundamentally misunderstand risk. They get nervous about air travel and assume they are at greater risk than say, getting into the bath or driving in a car because for most people getting on a plane is a relatively rare event. However, statistically speaking, air travel is one of the safest ways to get around.

“They say that because a comet hit Earth and wiped out the dinosaurs, there’s a good chance it will happen again. What they don’t think about is – what are the chances of a comet hitting anything, ever?”

Café Controversial - A Brief History of the End of the World will be held at the Tramshedss Satrosphere on Tuesday December 4 at 7pm.

Entry is free and booking is not required. For more details visit http://abdn.ac.uk/engage/public/events-50.php