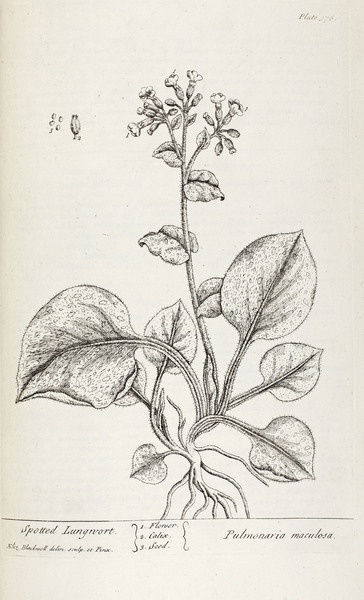 The extraordinary life of an Aberdeen-born ‘unsung heroine’, which inspired a theatre company production, will be explored as part of the University of Aberdeen’s Pharmacopeia exhibition.

On Saturday (November 17) Angela Cairns, Director of Square Peg Productions – a Yorkshire based theatre company – will talk about Elizabeth Blackwell, a botanical illustrator whose life story is covered in their outdoor production The Chelsea Belladonna.

She was born in Aberdeen in 1707, the daughter of a successful merchant. At the age of 28 Elizabeth broke with convention and married her cousin Alexander.

Alexander was well educated – his father and brother had both served as Principals of Marischal College in Aberdeen - and practised as a physician but without, it seems, troubling to acquire any formal medical training. When his right to call himself a doctor was challenged, the couple fled from Aberdeen to London.

After working briefly with a publishing company, Alexander set up in business as a printer. This brought him into conflict with the authorities yet again, since he’d not served the obligatory four-year printer’s apprenticeship. His breach of trade regulations incurred hefty fines – fines he was unable to pay. The print shop was closed down and Alexander’s debts continued to mount up, until he was finally ordered to a debtors’ prison.

A talented draughtswoman, Elizabeth had held an interest in drawing plants since early childhood. Motivated by a dogged determination to raise the bail money for Alexander’s release, she produced some sample drawings to show to Sir Hans Sloane and Dr Richard Mead of the Royal College of Physicians at the renowned Chelsea Physick Garden who encouraged her to produce more work towards a formal herbal.

A herbal is a book of plants, describing their appearance, their properties and how they may be used for preparing ointments and medicines.

Elizabeth drew plants from life and took the pictures to Alexander in his debtor’s cell where he provided the Latin names and descriptions. She then engraved the copper plates for printing and finally she hand-coloured each of the printed images - an accomplishment which would usually have taken at least three different artists and craftsmen.

Her work, A Curious Herbal, was a huge success and received the support the support of some of the most eminent scientists of the time.

It also achieved Elizabeth’s desired outcome and she was able to pay for Alexander’s release from jail in 1739.

Alexander however did not return her loyalty. Unable to live within his means, following a number of unsuccessful business ventures, he left for Sweden and was alleged to have become embroiled in a plot to overthrow King Frederick I. He was executed in 1747 just days before Elizabeth was due to join him.

Little is known of Elizabeth’s later life. She died in 1758, outliving her three children and was buried in Chelsea having contributed one of the outstanding works of botanical illustration to the world.

Her life and contribution to the natural sciences will be highlighted at the talk in the Sir Duncan Rice Library, University of Aberdeen, where a copy of her A Curious Herbal is currently on display in the Pharmacopeia exhibition in the Gallery.

Siobhan Convery, Head of Special Collections at the University of Aberdeen, said: “Elizabeth Blackwell’s book, A Curious Herbal, is one of the outstanding herbals of its day and a copy is held in Special Collections, which is currently on display in the Pharmacopeia exhibition.

“The story behind its production is equally fascinating and we look forward to welcoming Angela Cairns to the Sir Duncan Rice Library for this special event.”

The talk, The Chelsea Belladonna, will be held from 2pm to 3pm in Meeting Room 1 on Floor 7 of the Sir Duncan Rice Library, Bedford Road.

The event is free of charge though booking is advised by emailing scc.events@abdn.ac.uk or calling 01224 273049.

Visitors can also view the Pharmacopeia exhibition in The Gallery on the ground floor of the library. Entry is free and it will run until December 1.