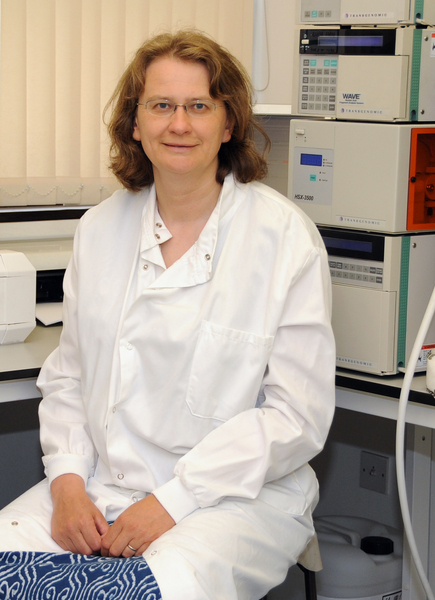 Aberdonians will get a chance to hear more about the latest gene scanning technology which soon will be helping to treat and prevent cancer in the North.

A doctor who led the efforts to fund the new piece of kit dubbed the ‘Aberdeen Gene Machine’ will discuss its potential at the May Festival – the University of Aberdeen’s newest and most diverse festival taking place between May 10 and 12.

Local charity Friends of ANCHOR helped raise funds for the University of Aberdeen and NHS Grampian machine that can read our gene code faster and cheaper than was previously possible.

Dr Zosia Miedzybrodzka, Reader in Medical Genetics at the University and Service Clinical Director of Genetics with NHS Grampian, said: “We are indebted to Friends of ANCHOR for their major contribution to the Aberdeen Gene Machine.

“It will enable doctors treating cancer to better target the right drug to the right patient, by identifying every cancer’s unique gene pattern. This will lead to more effective chemotherapy for some of the most common cancers in the North-east, such as lung, bowel, breast and ovary.

“The Gene Machine will also help to prevent cancer in relatives of those being treated at the ANCHOR Unit. The machine will pinpoint inheritable alterations in cancer genes quicker than previously possible.

“However the capability of the Gene Machine is much wider than cancer. It will help advance a wide range of both diagnostic gene testing and genetic research underway at the University of Aberdeen. Examples include ongoing projects in autism, growing better rice crops, the genetics of sharks and salmon and even the genetic relationships between dogs and wolves.”

The Aberdeen Gene Machine event takes place on Saturday, May 11, at New King’s 1 on the University’s Old Aberdeen between 12 noon and 1pm. Admission is free. Places can be booked via Aberdeen Box Office on 641122 or online.