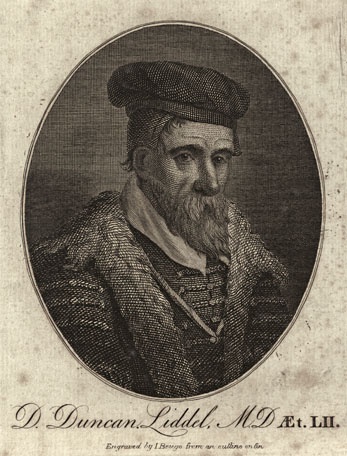 The University of Aberdeen is to host an international conference next week entitled ‘Medical Knowledge between Polymathy and Disciplinarity: Duncan Liddel (1561-1613) in Context’.

The event, which will take place from Wednesday, May 8 to Friday, May 10, at the Sir Duncan Rice Library, has been organised and sponsored by the University’s  Centre for Early Modern Studies, the Wellcome Trust, the Centre for the History and Philosophy of Science, Technology and Medicine and the Centre for the Study of History, Culture and the Environment.

Duncan Liddel was an Aberdonian mathematician, astronomer and medical doctor who studied in Frankfurt/Oder and Rostock where he had contacts to the famous Danish astronomer Tycho Brahe.

He took up a chair in mathematics and medicine at the German University of Helmstedt, near Brunswig, before advancing to pro-rector.  He returned to Scotland in 1612 and left his fascinating personal library, including editions of Copernicus and heavily annotated volumes on astronomy, Galenic and Paracelsian medicine, natural philosophy, mathematics and other sciences to Marischal College.

Before his death in 1613 he made a bequest to Marischal College for the establishment of a chair in mathematics. He is buried in St Nicholas Kirk, where to this day a brass engraving commemorates him.

Key note speaker at the event is Professor Mordechai Feingold, Professor of History at the California Institute of Technology. His publications include The Mathematicians’ Apprenticeship: Science, Universities and Society in England, 1560-1640 (1984); The Newtonian Moment: Isaac Newton and the Making of Modern Culture (2004); and (with Jed Buchwald) Newton and the Origin of Civilization (2012). He is currently working on the history of the Royal Society.