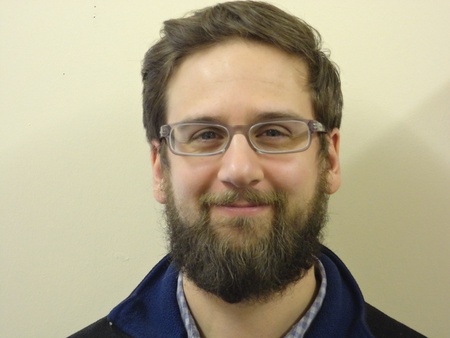 Issues around our responsibility to helping the poor and those in need in foreign countries will be discussed at an event tonight.

Dr Nate Jezzi will lead the discussion at the launch event for the Café Philosophique series at the Blue Lamp at Gallowgate in Aberdeen tonight (Monday, April 29) at 7pm.

The series encourages participants to tackle philosophical topics together with philosophers and other participants in an informal environment.

Dr Federico Luzzi of the University’s Northern Institute of Philosophy, said: “We are very happy to run Café Philosophique again and hope to repeat the success of last year’s series.

“People enjoy the hands-on approach of Philosophy - you don’t need any background knowledge to understand philosophical puzzles, and it’s easy to form a view on these hotly debated questions. What’s tricky is backing up your view with good reasons - that’s what Philosophy encourages.

“There is a presumption that helping those in need in war-torn or famine-stricken countries is an act of generosity, but not morally obligatory. However, there are very forceful arguments for the view that we should actually be blamed if we don’t help to relieve these people’s suffering.”

Future events in the series will tackle other issues such as the notion that society is implicitly biased against women and the in principle possibility of time-travel.

The events are jointly run by the University of Aberdeen Northern Institute of Philosophy and the Public Engagement with Research Unit.

The first three events will take place at the Blue Lamp pub on the evenings of April 29, May 21 and June 11.

The final event will take place at the Belmont Picturehouse on June 27 and will be followed by a screening of Legally Blonde. The full schedule is available at: www.engagingaberdeen.co.uk

Cafe Philosophique is supported by the University of Aberdeen and the Royal Institute of Philosophy.