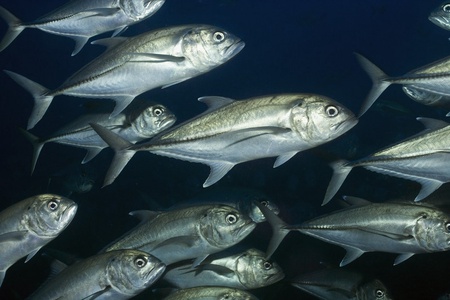 The health benefits of increasing fish consumption in our diets and the impacts it may have on the future of local fisheries will be discussed at the next Cafe Scientifique Aberdeen City talk held at the Waterstones Union Bridge on Wednesday 17 April.

Scotland traditionally has had a vibrant fishing industry however as the health benefits of fish in our diets are becoming clearer, concerns are being raised as to how local fisheries will be able to cope with an increased demand for fish.

Dr Baukje de Roos of the University of Aberdeen Rowett Institute for Nutrition and Health will be joined by Nick Bailey of Marine Scotland Science to lead a stimulating discussion into the hidden health benefits of fish, how fish supplements compare to consuming fish itself and what is being done in Scotland to ensure its fisheries operate sustainably.

Dr Baukje de Roos commented “Scotland has a valuable fishing industry – 2011 landings reached a record half a billion pounds, however, a lot of this healthy and high quality produce is exported and does not land on our own plates. I would invite people to question why fish consumption is relatively low in Scotland, and how exactly could we improve health if we were to eat more fish

She continued “We shall also discuss whether there is scope to increase fish consumption through sustainable growth of local aquaculture and wild caught fish in Scotland and whether local fish species, and the industry, will be affected by climate change.

The discussion entitled ‘A Fishy Tale on Healthy Food’ is set to be an informal and thought-provoking night, aimed at the general public with plenty of time for questions. The event commences at 7pm and is free to attend. The evening is part of the Café Scientifique Aberdeen City series and one of a number of fascinating discussion events in the University’s wider programme. Full details can be found at www.engagingaberdeen.co.uk. The series is supported by a science engagement grant from the Scottish Government.