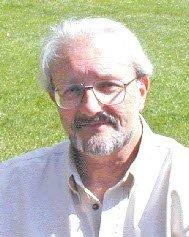 The North East drama group Fleeman Productions and the Department of English of the University of Aberdeen are delighted to announce the establishment of an important new prize for plays in Doric.

Entries are invited for the Charles Barron Prize for Doric Drama (closing date for entries 30th September 2013). There will be a first prize of £1000 and two runner-up awards of £300 and £100. The prize-winning plays, and all entries for the competition, will be considered for performance by the group.

Plays may be full-length or one-act, and should be written in one of the North East Doric dialects. Entries must be original and not previously published or performed.

Entries will be considered by a panel of judges: Alison Lumsden (Professor of Scottish Literature) Paul Dukes (Emeritus Professor of History), and Sheila Reid (North East poet and Doric actor). The awards will be announced in December 2013.

Doric, the dialect of North East Scotland, holds a special place in the Scottish family of languages. It was widely spoken in the farming and fishing communities, as well as in Aberdeen and the towns and villages of the North East and today still recognisably contributes to the region’s unique identity. It has a vibrant literary, oral and song tradition and has evolved in new ways as an expression of North East life in a multi-cultural context.

Fleeman Productions is a North East Scotland drama group committed to the writing and performance of original Doric plays. It was founded in 2004, after the performance of ‘Toulmin’, an original play by Charles Barron about the noted Doric writer of short stories, David Toulmin.

The Prize commemorates the life and work of Charles Barron, who died in April 2012. Since 2004, Fleeman Productions has performed over a dozen Barron original Doric plays, including ‘Fooshion’, ‘Amang the Craws’, ‘Evie’, ‘A Bosie for Luck’ and ‘Skirlie', touring the village and church halls in the North East as well as playing in the Doric capital, Aberdeen. His last work, Blown Seed, based on David Toulmin’s only full length novel of the same name, will be performed this May and June.