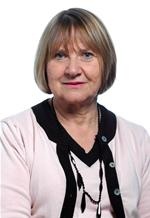 A University of Aberdeen academic has been recognised for her contribution to the field of social sciences.

The Award of Academician of the Academy of Social Sciences has been conferred on Professor Lorna McKee, who is Professor of Management with the University’s Business School and also Director of the Delivery of Care Programme within the University’s Health Services Research Unit.

Professor McKee is one of 35 eminent social scientists welcomed as Academicians in the recent nomination process – just two are from Scotland.

A graduate of Trinity College Dublin, Professor McKee studied social sciences before completing her doctorate in sociology at the University of York.

Her main academic contribution has been in the area of sociology of the family, work- life balance and in health care organisation and management.

Professor McKee, who is also a Fellow of the Royal Society of Arts, said: “I am honoured to have my work recognised by the Academy alongside such distinguished people. Many complex local and global issues deserve the attention of social scientists who bring analytical rigour and depth of understanding of how societies can be improved.”

President of the Academy of Social Sciences, Professor Sir Howard Newby, will officially welcome Professor McKee and the other new Academicians into the Academy at ceremony in London on July 4.