Secrets of the deep showcased at Future Seas
26 March 2013 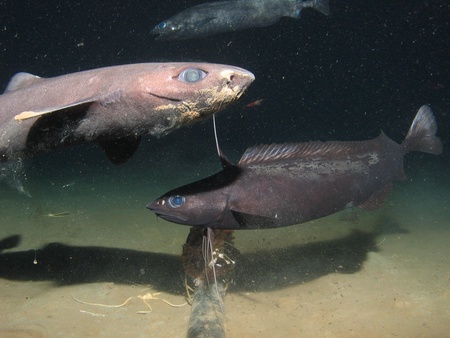 Video footage of some of the creatures found in the deepest parts of our oceans will be shown at a marine science event taking place in Edinburgh tomorrow night (March 27).

The contentious issue of fish discards - when fish are thrown back into the sea after they have been caught - will also be discussed at the Future Seas event taking place during the Edinburgh International Science Festival.

The Marine Alliance for Science and Technology for Scotland or MASTS - a consortium of organisations, including the University of Aberdeen, engaged in marine science – has organised the Future Seas exhibition and an associated marine science cabaret.

Three University of Aberdeen researchers are among a number of marine science and technology scientists involved in the cabaret taking place in the National Museum of Scotland.

Dr Paul Fernandes, MASTS Fisheries Reader at the University, will talk about the problem of discards and offer suggestions as to how it could be solved.

MASTS PhD students Niki Lacey and Thom Linley, University PhD students, will discuss some of the animals that live in the deepest realms of the world's oceans.

And Amy Scott-Murray, MASTS Prize PhD student at the University, will show spectacular cgi videos of life in the deepest parts of the ocean.

Dr Mark James, Operations Director of MASTS, added: “Future Seas is a great opportunity to showcase some of the ground breaking marine science that takes place in Scottish Universities and research institutes.”

Future Seas has been part sponsored by the Year of Natural Scotland.