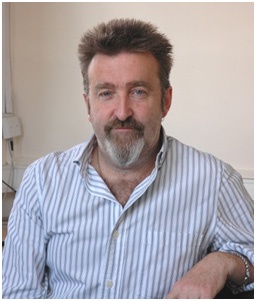 Dobney researches the global origins and spread of farming, one of the most important bio-cultural transitions in human history.

Dobney said, “Specifically we're exploring the commensal relationships between humans and the animals that they domesticated - focussing here on the domestication history of pigs and dogs—the   latter domesticated before farming when humans were still hunter-gatherers.”

“On the other side,  we're also researching the animals that moved into exploit the new environments farmers created - who then went on to become the most significant human pests on the planet - i.e. mice and rats.”

He will deliver a series of lectures and seminars to staff and students at the museum, and will collaborate with French colleagues on a series of publications and funding applications.

Dobney said, “We're using new techniques of ancient DNA, and shape analyses of the complex morphology and evolution of teeth, in order to create signatures which can identify where, when and how many times these species were domesticated. around the world, which routes the dispersal of this new farming package took as it spread around the world from its orgins, and what impact these relationships had on our biological and cultural evolution.”

This prestigious invitation serves to further strengthen links between the Bioarchaeology groups at both institutions, formalising and consolidating long-standing research links between them. CNRS hosts several of the Archaeology Department’s PhD students and Dr. Thomas Cucchi Holds a CNRS funded junior research position.