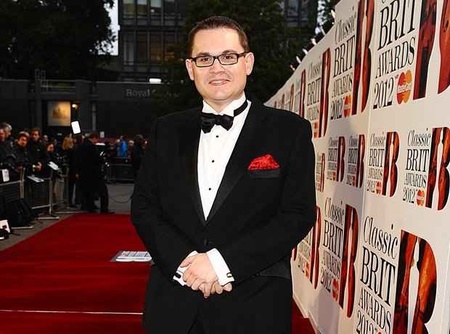 Royal Wedding composer Paul Mealor has achieved another extraordinary accolade after the chart topping song he penned for The Military Wives Choir and Gareth Malone last night won the Classic BRIT Awards Single of the Year.

The University of Aberdeen professor composed Wherever You Are which entered the UK Pop Singles Chart at number one on December 19 last year, selling over 556,000 copies in one week - more than the rest of the Top 12 combined.

Professor Mealor was catapulted to international fame in April 2011, when 2.5 billion people - the largest audience in broadcasting history - heard his Motet, Ubi caritas performed at the Royal Wedding ceremony of His Royal Highness Prince William and Catherine Middleton, now TRH The Duke & Duchess of Cambridge, at Westminster Abbey.  It since topped the Classical singles charts in the USA, UK, Australia, France and New Zealand.

The Professor of Composition heard of his latest success at last night’s Classic BRIT Awards at the Royal Albert Hall in London. He said: “What an amazing end to an unbelievable two years. To get the Classic Brit, voted for by the public, is amazing. I'm quite speechless!”

Professor Mealor topped the Specialist Classical Charts for six weeks with his bestselling album, A Tender Light’ featuring Tenebrae and the Royal Philharmonic Orchestra in November 2011. He also broke records by being the first classical composer to hold both the classical and pop chart No 1’s at the same time in December 2011, securing the UK Christmas No 1 with Wherever You Are.

Wherever You Are was ALSO named by the Official Charts Company as the fastest selling single charity since Elton John’s ‘Candle in the Wind’.

Last year Professor Mealor signed to Decca Records – one of only a handful of composers to have been taken on by a major record label – and signed a publishing deal with Novello & Co. He is currently preparing his second album of choral music for Decca and has contributed new works to a number of other Decca albums, including his new song In My Dreams for X Factor star Jonjo Kerr and The Military Wives Choir which entered the pop album charts at number one.

Professor Mealor is also working on a setting of The Passion for The National Youth Choir & Orchestra of Scotland, and a setting of Christopher Smart for The Rodolfus Choir, as well as a number of works for HM The Queen’s Diamond Jubilee.

In April this year Professor Mealor was voted the nation’s favourite living composer during the Classic FM Hall of Fame.