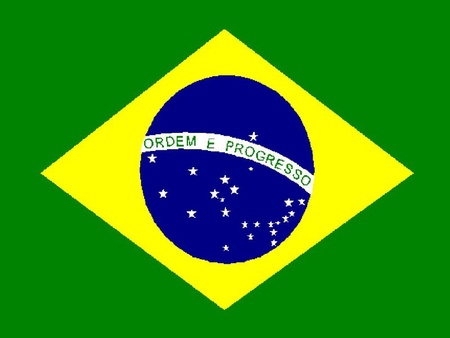 The University of Aberdeen is involved in two pioneering research partnerships formally signed on Friday, September 28, during a trade mission to Brazil led by Prime Minister David Cameron.

A £4.5 million research partnership was signed between BG Group, the University of Aberdeen and University of Rio Grande de Sul, which will involve research students from UK and Brazil spending time in each other’s countries on joint projects, and Aberdeen was also announced as a partner in a $10 million research collaboration led by BP.

Minister for Universities and Science David Willetts said: “Brazil and the UK are committed to building on our already excellent relationship in science, research and higher education. These new agreements will further strengthen our ties, in particular the joint statement I signed with Minister Mercadante last year and our commitment to welcoming the Science Without Borders students.

“They will bring more opportunities for our leading scientists, universities and businesses to collaborate and learn from one another, driving up knowledge and skills in both our countries.”

The agreement, which is part of Brazil’s Science Without Borders programme, is the first of its kind to be concluded between the Brazilian government, a UK university and an industrial sponsor.

The University of Aberdeen was represented at the signing by Professor of Petroleum Geology Ben Kneller, and UFRGS by Dra Karin Goldberg, who have worked together on developing the agreement.

The cooperation agreement will involve a total of 25 PhD students and researchers from the UK and Brazil spending time in each other’s countries on joint projects. The goal is to contribute to research and development, with focus on technology for the Brazilian oil and gas industry.

Science Without Borders is a Brazilian government programme largely intended to kick-start an improvement in Brazil’s skills base in science and technology, especially at higher degree level. It entails academic exchanges and international mobility, with a plan to send up to 100,000 Brazilian students to study overseas. A significant number of these will be PhD students, either studying for their entire PhD abroad, or in ‘sandwich programmes’ (partly in Brazil and partly abroad).

The University of Aberdeen took up the challenge, and for the past 15 months has been developing a partnership with the Brazilian Federal University of Rio Grande do Sul (UFRGS) to train Brazilian PhD students in geoscience under the Science Without Borders programme. Both universities are recognised leaders in petroleum geoscience in their respective countries.

The agreement now signed will train 20 PhD students in the University of Aberdeen’s Department of Geology and Petroleum Geology over the next 6 years, with the first students arriving in the next few weeks. Post-doctoral researchers from Aberdeen will move to Brazil for two years, and academic staff will also visit Brazil for shorter periods under the programme.

The University is one of eight British and Brazilian universities taking part in a $10 million research collaboration announced by BP.

University of Aberdeen is partnering with Cambridge and Oxford in the UK, and with the Federal Universities of Rio Grande do Norte, Pernambuco and Bahia, University of Brasilia, and the Brazilian National Observatory, in a project aiming to improve the understanding of the geological evolution and resource potential of the onshore Parnaíba Basin in Northeast Brazil.

The four-year study is aimed at understanding the fundamental basin-forming mechanism and ultimate petroleum potential, and will be based around an approx.900 km long seismic profile of the basin.

The geophysics will be combined with studies of the sedimentary rocks exposed at the surface, augmented by studies of volcanic rocks associated with the formation of the basin, which may also provide information about its deep structure.

At University of Aberdeen's Department of Geology and Petroleum Geology, Professors Rob Butler, Randell Stephenson, David Macdonald  and Ben Kneller have been instrumental in setting up the partnership.

For the news release issued by the UK Department for Business, Innovation and Skills see this link:

UK and Brazil strengthen ties in science, research and education