Does a high fat diet damage your brain?
07 September 2012 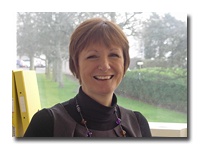 A high fat diet may damage the part of the brain that controls appetite and energy expenditure which in turn dictates our weight.

Eating a high fat diet can impair the function of the part of the brain that controls appetite and energy expenditure which in turn dictates our weight. That is the finding shared today (Friday, September 7) at the British Science Festival by scientists at the University of Aberdeen Rowett Institute for Nutrition and Health.

This may help explain why overweight people struggle to lose weight and then struggle to maintain their weight loss.

Researchers fed mice a diet high in saturated fat and sugar over 16 weeks - where 60% of their energy came from saturated fat - and compared them with mice fed a normal diet over the same period.

Using techniques such as transcriptomics and proteomics, scientists then studied genes and proteins in the hypothalamus of their brain – the part that regulates eating and energy expenditure.

They found that mice fed a high fat diet had changes to genes and proteins indicative of damage in the hypothalamus and that these changes occurred very rapidly - within weeks.

Dr Lynda Williams, Obesity and Metabolic Health Group Leader, at the Rowett, said: “The hypothalamus is a small area at the base of the brain containing neurones that control the amount of food we eat and the energy we expend.

“However this control breaks down in obesity – the system appears not to work – and we don’t really know why this happens. In our study we found that genes and proteins changed in response to a high fat diet and that these changes are normally associated with damage in the brain, indicating that damage had occurred in the hypothalamus in mice that ate a diet high in saturated fat.

“We instinctively know that eating a diet high in saturated fat and sugar will lead to overweight and obesity. Our results indicate that a high fat diet can damage the areas of the brain that control energy balance and perpetuate the development of obesity. High fat and high sugar foods are energy dense foods which are highly palatable and they are very easy to overeat .Our findings may also explain why some overweight people find it difficult to diet and why weight loss after dieting is so difficult to maintain. We now plan to carry out further studies that will look at whether these effects are reversible.”

A high fat diet over a protracted period would be a cause for concern, says Dr Williams, but not an occasional unhealthy treat.

“The key is to avoid excessive weight gain and to eat sensibly in the first place. We all deserve a treat now and then. I certainly enjoy an unhealthy treat,” she added.

1. About the British Science Festival

The British Science Festival is one of Europe's largest science festival and regularly attracts over 350 of the UK's top scientists and speakers to discuss the latest developments in science with the public. Over 50,000 visitors regularly attend the talks, discussions and workshops. The Festival takes place at a different location each year and was last held in Aberdeen in 1963. The 2012 Festival will take place from 4-9 September hosted by the University of Aberdeen. For further information, visit http://www.britishscienceassociation.org/festival.

2. The University of Aberdeen

3. About the British Science Association

The British Science Association is UK's nationwide, open membership organisation which provides opportunities for people of all ages to learn about, discuss and challenge the sciences and their implications. Established in 1831, the British Science Association organises major initiatives across the UK, including National Science & Engineering Week, the annual British Science Festival, programmes and regional and local events, and an extensive programme for young people in schools and colleges. The Association also organises specific activities for the science communication community in the UK through its Science in Society programme. For more information, please visit http://www.britishscienceassociation.org/.

Dr Lynda Williams is taking part in a press conference at the British Science Festival on Thursday, September 7 at 10am. She is available for interview to journalists not attending the Festival. To arrange, contact Jennifer Phillips / Kelly Potts on 01224 273174 / 272960.