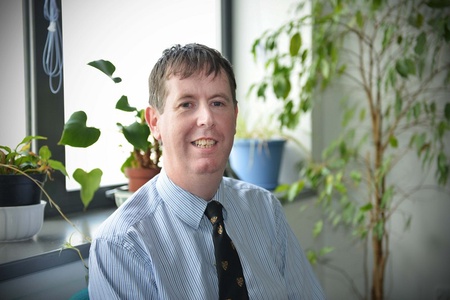 Mums-to-be are being recruited onto a study to see whether soup specially boosted with natural vitamin E containing food ingredients can help fend off childhood asthma. University of Aberdeen researchers have collaborated with Scotland based producer Baxters Food Group on three soups that have had their ingredients carefully selected to enhance levels of vitamin E.

The soups have been designed to increase the vitamin E intake of pregnant women from the current national average of 8 mg/day to the optimal recommended daily allowance of 15 mg/day. The enhanced soups are made from a range of vitamin E-containing food ingredients, such as sundried tomatoes, sunflower oil, beans, lentils and wheatgerm that provide the extra vitamin E in the soup. A range of similar looking and tasting placebo low vitamin E soups have also been designed.

Volunteers will eat three servings of soup a week starting 12 weeks into their pregnancy and continuing right through to the delivery of their baby. Newborns will have their lung function measured during their first week.

The University of Aberdeen has already shown in earlier research that pregnant women who have a diet low in vitamin E are more likely to have children who develop asthma by the age of five. The researchers’ latest study - the first of its kind to use dietary rather than vitamin tablet supplementation to see if enhanced vitamin E levels can help prevent childhood asthma - was being announced today (Thursday, September 6) at the British Science Festival.

Professor Graham Devereux, Professor of Respiratory Medicine, University of Aberdeen and Honorary Consultant Physician, Aberdeen Royal Infirmary, said: “Although far more difficult, it seems more natural to give vitamin E in a natural food form rather than a vitamin E pill because the vitamin E containing foods comprise a complex mix of nutrients that might be critically important, when one considers the foods containing vitamin E, soup seems an obvious intervention.

“The ultimate aim of this research is to reduce the prevalence of asthma by an effective, inexpensive, acceptable and safe public health dietary intervention. If successful the proposed intervention could form the basis of public health dietary advice to pregnant women that could reduce the prevalence of childhood asthma by 15-20% within five years.”

Asthma is a major public health concern in Westernised countries due to its prevalence, associated significant ill health, and high societal and healthcare costs. In the UK, 10–15% of children and 5-10% of adults have been diagnosed with asthma and it has been estimated that 5.2 million people receive treatment for asthma - 1.1 million of whom are children. The current clinical approach to asthma is to control symptoms - wheezing, breathlessness, and cough - with frequently life-long drug treatment: 70% of children with asthma will have the condition as adults.

Professor Devereux added: “The potentially much more important strategy of preventing asthma has been recognised and researched but not yet realised. We are launching an initial pilot study is to see if pregnant women will take part in such a trial and are happy with the soup intervention. Depending on the outcome we will then launch a much bigger study which we hope will show that vitamin E does indeed reduce the risk of children developing asthma.”

50pregnant women from across the north of Scotland will be involved in the study which will run for 12 months. If this trial is successful the next step is to apply for funding for a much larger study.

Professor Graham Devereux is taking part in a 9am press conference on Thursday at the British Science Festival.  For journalists not attending the Festival, interviews can be arranged on the phone by contacting Communications Officers Jennifer Phillips or Kelly Potts on 01224 273174 / 272960.

The average current intake of vitamin E is 8mg a day. Although there is no recommended intake for vitamin E in the UK, the US recommended intake is 15mg. It is envisaged that pregnant women eating the enhanced soup will have an intake of about 15mg a day. As the vitamin E is being given in the form of food there are no safety concerns. The intervention foods are considered healthy, being low in saturated fat, high in fibre, low in salt and have no artificial additives.

2. The University of Aberdeen