Could fish oil be key in protecting the elderly against muscle deterioration?
05 September 2012 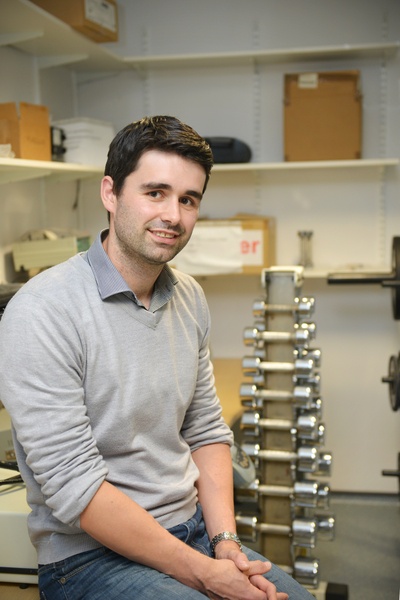 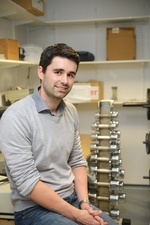 Presented today at the British Science Festival, a new study by University of Aberdeen scientists will examine if the consumption of fish oil combined with weight training exercises could help protect the elderly against muscle deterioration.

Skeletal muscle is the largest organ in the human body and has many important roles in determining our physical abilities and overall wellbeing. During healthy ageing muscle size is reduced by approximately 0.5-2% a year. This process - known as sarcopenia - can result in a reduction in quality of life and loss of independence.

One way muscle function can be maintained is through exercise.  However, whilst in young people (18-35) exercise increases muscles mass, as we age our body is less able to increase muscle mass through exercise alone.

Pilot data from a study of elderly women conducted by the University of Aberdeen showed that after 12 weeks of resistance exercise training those taking fish oil improved muscle strength by 20% compared to an 11% increase in the placebo group. This new study – which is funded by at grant of £330,684 from the Biotechnology & Biological Sciences Research Council (BBSRC) will expand on these findings.

It will also examine the positive impact of the omega 3 fatty acids found in fish oil on muscles in the body, with the aim of potentially developing new treatments for sarcopenia in the future.

Dr Stuart Gray, from the University of Aberdeen’s Musculoskeletal Research Programme,will lead the research. He announced the launch of the study at the British Science Festival today (Wednesday September 5) stating: “This study will be the first to monitor changes in muscle function and mass in response to the combination of fish oil and resistance exercise.

“We will ask both males and females over the age of 65 to undertake an 18 week programme of resistance training, where half the participants will also take fish oil supplements and half a placebo supplement.

“We will monitor changes in muscle mass, volume and fat content in the participants using MRI; insulin sensitivity and inflammation in blood samples; and changes in protein synthesis and molecular signalling in muscle biopsies. These changes will indicate to us the impact of fish oil on the body in helping prevent against sarcopenia.

“Volunteers in the study will also be timed carrying out physical activities such as standing up and down, walking for 4 metres and balancing in three different positions, to establish if those participants taking fish oil perform these activities more efficiently. We will also analyse if males and females respond differently to the fish oil and resistance exercises in the study.

“We believe the benefits of fish oil are due to a number of factors. Older people tend to have low-level inflammation in the body which interferes with the muscles’ ability to increase strength and mass. The anti-inflammatory qualities found in fish oil may reduce this inflammation and therefore inhibit this interference.

“Also the omega 3 found in fish oil helps make muscles more fluid and proteins involved in increasing muscle mass function at a higher level in the body. We hope that providing new mechanistic insights into the benefits of fish oil on muscles could lead to the development of new pharmacological treatments to prevent against the loss of muscle with age.”

Dr Stuart Gray is taking part in a press conference at the British Science Festival on Wednesday September 5 at 10am.

He is available for interview to journalists not attending the Festival. To arrange contact Kelly Potts/ Jennifer Phillips on 01224 272960/273174.