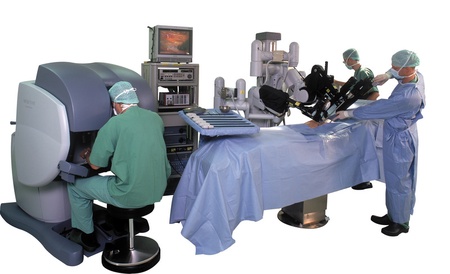 What can robots do that humans can’t? That is the subject of the next Café Med talk organised by the University of Aberdeen’s Public Engagement with Research Team and taking place tonight (March 18).

The Suttie Centre Café at the city’s Foresterhill health campus is the venue for the Transforming Surgical Care with Robots talk which starts at 6pm and is free and open to all.

The campaign is a partnership project led by North-east urological cancer charity UCAN and currently involves the urological, general surgery and gynaecological teams at ARI.

The equipment will be particularly beneficial for patients with prostate, colorectal (bowel and rectal) and gynaecological cancers and non-malignant conditions, but has the potential to be used in other specialties such as cardiac and paediatric surgery.

The Café Med talks are part of a wider University Community Café series of public talks which are supported by a Scottish Government grant.