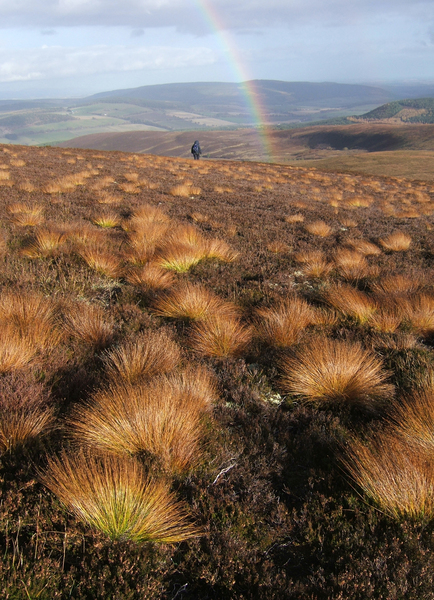 The topic of this one day festival is the role that walking plays in the lives of people in many geographies with the help of writers and artists inspired by walking, including Andrew Greig, Robert Macfarlane and Raja Shehadeh.

The festival comprises an evening and a full day programme.

On Tuesday 28th, at 6.15 pm, Professor Tim Ingold will give a lecture, 'Walking through the Weather-World', a consideration of ideas of walking, weather and ‘The North’.

There will also be a private view of the Festival Photographic Exhibition,  Photographs from the Palestine Walking Group by Bassam Almohor and Scottish Walking Photographs by Richard Cormack (who will be present for the opening), at 7.15.

Admission to Tuesday’s events is free.

29th August will be a one-day festival (10.30am – 5.30pm) which will feature a group of well known authors and artists for whom walking has provided a vital inspiration, and celebrate the recent publication of important works by two of them, Robert Macfarlane (The Old Ways: a Journey on Foot (June, 2012)) and Raja Shehadeh (The Occupation Diaries (August, 2012)).

Robert Macfarlane is the author of Mountains of the Mind (2003, winner of the Guardian First Book Award and Sunday Times Young Writer of the Year) and The Wild Places (2007), which between them, have made him one of the best known travel writers in Britain.

He will read from, and talk about, the Northern chapters in The Old Ways: a Journey on Foot, and his growing appreciation of the Aberdeen writer Nan Shepherd and her compelling book on the Cairngorms, The Living Mountain.

Raja Shehadeh is the author of Palestinian Walks: notes on a vanishing landscape (2007), which won the Orwell Prize, Britain’s most prestigious prize for political writing. He will read from his seminal work on walking and freedom, Palestinian Walks.

Luke and John Tchalenko’s The Writer and the Flautist (2010), with Raja Shehadeh and Bassam Almohor, will also be shown in the afternoon.

Andrew Greig, Scottish poet, mountaineer and novelist, will be the third speaker.

He is the author of, most recently, At the Loch of the Green Corrie (2010), the verse collection As Though We Were Flying (2011), and Getting Higher: The Complete Mountain Poems, which were also published in 2011.

Tim Brennan, artist, walker, and writer, will contribute an Artist’s Walk (1.15-1.45 pm), ‘After Aberdeen’, during which participants are invited to think about the past, present and future of the area through which they are guided.

Throughout the day copies of books by all festival authors will available in the foyer of the James Mackay Hall, and there will be opportunities for signing and informal contact with authors.