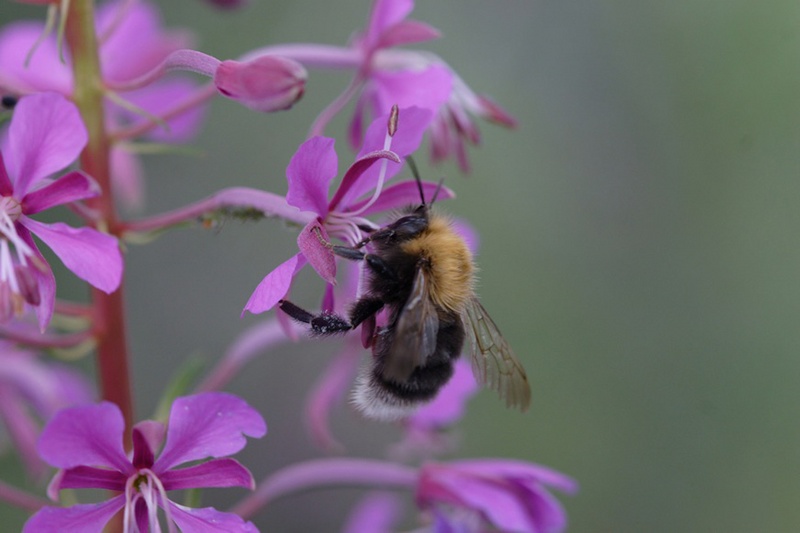 Have you ever wondered which bumblebees roam your garden? Scientists and conservationists are calling for the public's help to map the UK’s bumblebee population - all you need is a digital camera.

Though acknowledged as some of nature’s most important pollinators, relatively little is known about the geographical spread of these insects.

With the help of the public it is hoped that the bumblebee maps – showing their locations across the country - can be significantly improved.

To make it easy, a new web tool has been developed by environmental and computing scientists at the University of Aberdeen, in collaboration with the Bumblebee Conservation Trust (BBCT). By taking part, participants will add dots to the map and will learn how to identify the species around them.

Dr René van der Wal from the University of Aberdeen’s School of Biological Sciences explained: “Bumblebees have a unique ecology which make them not only fascinating creatures, but also one of nature’s most important pollinators, playing a vital role in the fruiting of many of the UK’s plants.

“However, there are big holes in our knowledge about where to find some species, and how their populations may be changing over time.

“We are calling on the public to help us fill this gap in knowledge by taking pictures of bumblebees in their gardens and then uploading them to the BeeWatch system on the Bumblebee Conservation Trust website (www.bumblebeeconservation.org).”

Dr Annie Robinson from the University of Aberdeen’s dot.rural Research Councils UK Digital Economy Research Hub* and a contributor to the project said: "We want everyone to have a go at identifying the bumblebees in their local area at home, work, or in the park.

“It’s easy; just take a photo of the bumblebee and note where you saw it, then use the interactive website tool to send us your record. Once you have submitted your image online our experts will get back to you confirming the identity.

The Bumblebee Conservation Trust’s CEO, Dr. Ben Darvill, is excited about the possibilities:

“There are 24 different species of bumblebee in the UK, with a variety of differently striped patterns. It is exciting to think what might be waiting to be discovered in gardens up and down the UK.

“There is a very real chance of unearthing the first record for a county, region or even country. For example, the distinctive Tree Bumblebee arrived in the UK in 2001 in Hampshire and is spreading rapidly. It is now lined up along the Scottish border – waiting to invade! Someone out there will be the first person to see the Tree bumblebee in Scotland."

“It is easy to spot – the only bumblebee that is brown, black and white – the colours of a muddy penguin.”

The BeeWatch website was developed by computing and biology scientists from the University of Aberdeen working together as part of the institution’s dot.rural RCUK Digital Economy Research Hub, in collaboration with the Bumblebee Conservation Trust.

*dot.rural was established at the University in 2009, bringing together experts in computing science, communications engineering, geography, sociology, environmental science, medicine and transport to investigate how digital technologies could transform rural communities, society and business.

The Bumblebee Conservation Trust(BBCT) is a UK charity based at the University of Stirling. It was founded in response to growing concerns about the ‘plight of the bumblebee’. Two species have already become extinct and many more a threatened.