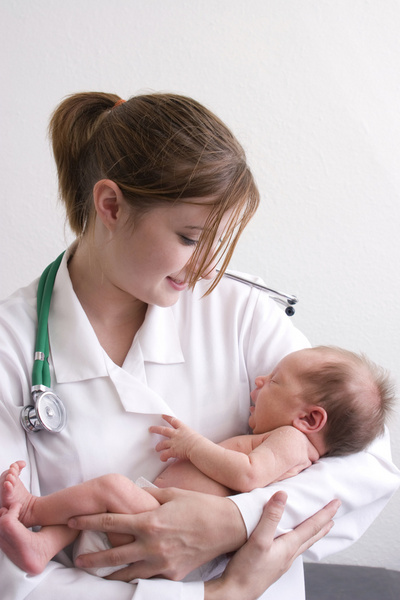 Women who experience an initial ectopic pregnancy—when the embryo implants outside the womb, usually in the fallopian tubes—are less likely to conceive in the future and if they do, are at increased risk of having another ectopic pregnancy, but are no more likely than first time mothers to suffer complications in an ongoing pregnancy according to a study by a team of Scottish researchers published today in PLoS Medicine.

The authors used a national database (The Scottish Morbidity Record) and hospital discharge information to identify women who had ectopic pregnancies, miscarriages, terminations, or on-going pregnancies between 1981 and 2000 and then investigated their future reproductive outcomes.

The authors found that women with an initial ectopic pregnancy had a lower chance of conception than those who miscarry and also an increased risk of a repeat ectopic pregnancy compared to women who experienced miscarriage, termination, or a live birth in their first pregnancy.

Dr Bhattacharya said “The results of this study will help clinicians to counsel women with ectopic pregnancy—both at the time of initial diagnosis and treatment, as well as later when they attend for antenatal care.

“The reduced chance of a pregnancy and increased risk of a second ectopic following ectopic pregnancy indicates the need for a fertility follow-up in women who are keen to conceive. This would include pre-conception care, advice to seek expert consultation should they wish to start a family, and consideration of an early pregnancy scan to confirm an intrauterine gestation.

“Overall, the results from this study are broadly reassuring in establishing that obstetric outcomes following ectopic pregnancy are no worse than those in women in their first pregnancy.”

The full article can be found on the PLoS Medicine website at http://www.plosmedicine.org/article/info%3Adoi%2F10.1371%2Fjournal.pmed.1001243