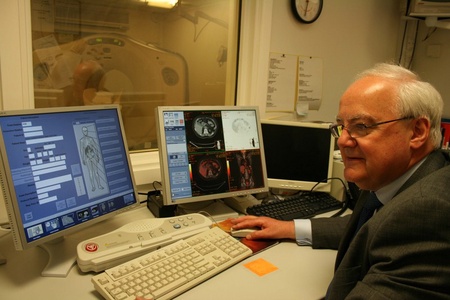 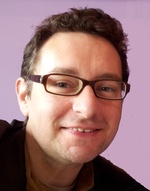 Two University of Aberdeen academics have been recognised in the Queen’s Birthday Honours List.

His research interests are in medical imaging and he set up the John Mallard Scottish Positron Emission Tomography (PET) Centre on the Aberdeen Royal Infirmary site. The £4 million project involved both the university and NHS and was the first such facility in Scotland.

Professor Sharp also chaired a working group which advised the Scottish Executive on the introduction of PET for cancer management into Scottish health service. This led to the setting up of a clinical PET service for NHS Scotland, with the first imager being installed in Aberdeen in 2006.

Much of his research is focused on diabetic eye disease and his team developed software that automatically analyses images of the eye for signs of disease produced by diabetes and which could lead to blindness. This software is now being used routinely by the Scottish Diabetic Retinal Screening Service.

Dr Skeldon, Head of Public Engagement with Research, joined the University in 2008 and in four years has helped put the University firmly at the centre of science engagement in the North East. This has included establishing a programme of researcher—led community ‘cafes’ which is now the  largest and most diverse of its type in the UK.

Dr Skeldon is Chair of the British Science Association's Aberdeen branch, which raises thousands of pounds from industry each year for a sustained regional programme, including the annual National Science and Engineering Week which leads the way in Scotland and is rated among the best in the UK.

He was also a leading figure in securing the University’s bid for the British Science Festival, which returns to Aberdeen in September for the first time since 1963. More recently, Dr Skeldon helped further establish the University as a centre of excellence in public engagement through the award of a Research Councils UK Catalysts Grant – the only one to be awarded in Scotland and one of only eight across the UK.

Professor Ian Diamond, Principal and Vice-Chancellor of the University of Aberdeen, said: "I am delighted to add my congratulations to Professor Sharp and Dr Skeldon.

“They are valued colleagues at the University of Aberdeen who are outstanding in their respective fields.”