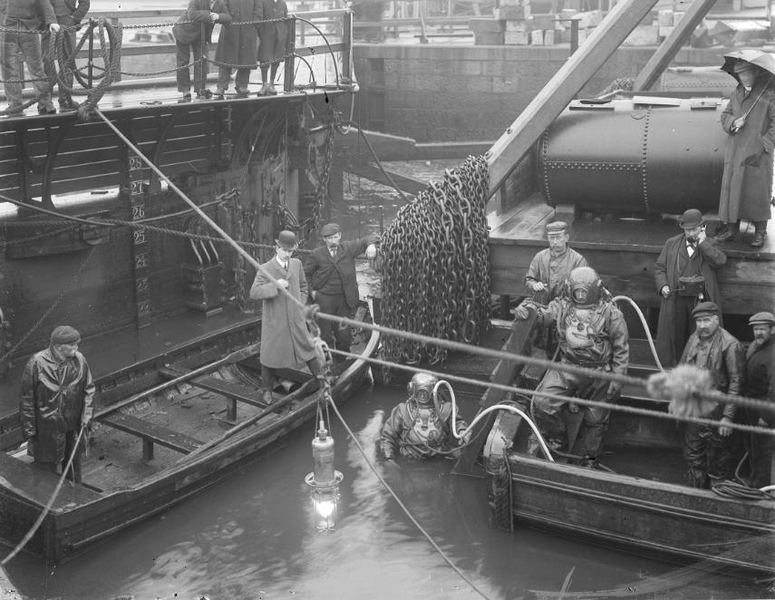 The exhibition, Set in Silver, has attracted over 7000 visitors to the University Library and will continue to be open to the public until the end of the week.

The architectural and social transformation of the Granite City between the 1850s and 1940s is captured in the exhibition at the University of Aberdeen until Sunday June 10.

Photographic prints taken from glass plate negatives from the collection of George Washington Wilson and the Aberdeen Harbour Board are on display at the Gallery in the new University library.

The prints come from the original fragile photographic plates made from glass, with the image retained in a silver solution that rests delicately on the surface.

Many of the photographs were taken by Aberdonian George Washington Wilson (1823-93), who became established in the 1850s as an 'artist and photographer'.

Wilson took his camera all over the world but retained his links to the Granite City, and his vast collection was eventually offered to the University of Aberdeen.

Others come from the Aberdeen Harbour Board and these are augmented by items borrowed from private and public collections such as the Aberdeen Art Gallery and Museums.

These include a painted self-portrait of George Washington Wilson as a young man as well as the Glengarry Bonnet belonging to the photographer which he frequently used as a makeshift shutter for his camera in the very early days of the medium.

Siobhán Convery, Head of Special Collections at the University of Aberdeen, said: “The images document the architectural, infrastructural and societal transformations experienced by the city during this period, revealing a portrait of Aberdeen as a distinctive and elegant industrial city. They also demonstrate a distinctive application of this delicate art.

“Collectively, they highlight the legacy of this photographic medium, eloquently demonstrating the importance of glass plate photography as a viable and popular art and as well as a recorder of history.

“The exhibition also incorporates a selection of films produced by students of the Film and Visual Culture course at the University of Aberdeen, introducing contemporary moving image elements to the exhibition. The films document a contemporary version of the scenes evident in the featured photographs. In this way, the viewer will be able to observe the changes in the city and around the harbour area to the present day.”

The exhibition will run until Sunday 10th June for an extended run. Entry is free and the Gallery, on the ground floor of the library on Bedford Road, is open Monday to Thursday 10am to 7pm, Friday and Saturday 10am to 5pm and Sunday 12noon to 4pm.

*The stock of G. W. Wilson & Co. was auctioned off in 1908. The plates passed into the possession of Fred Hardie, and then to the photographer, Archibald J. B. Strachan, who, on moving to new and smaller business premises in 1954, offed them to the University Library. The University is pleased to acknowledge the foresight and beneficence of Mr Strachan.