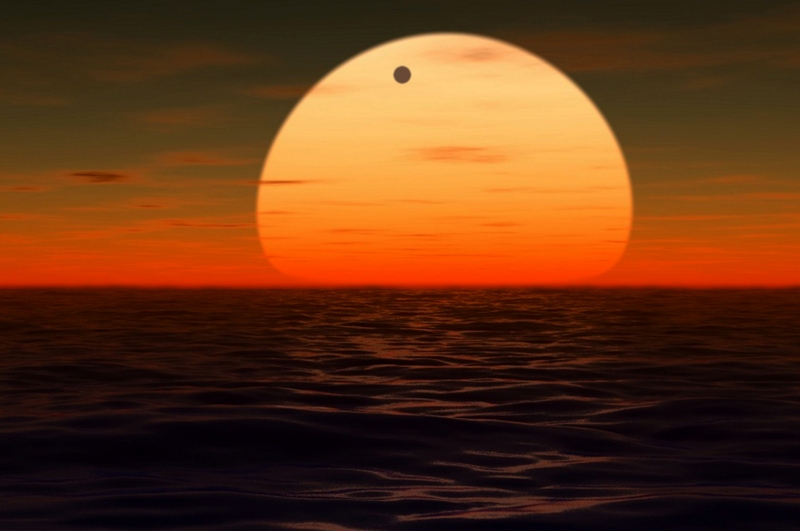 Astronomers in north-east Scotland will have a last-in-a-lifetime opportunity to see the planet Venus transit across the sun on Wednesday (June 6).

It will be the last time for 105 years that the event occurs but those wishing to witness the celestial phenomenon will need to get up early as it will only be visible as the sun rises.

Venus will appear as a small black spot gliding across the disk of the sun but should only be viewed through protective glasses or an organised event.

To enable it to be viewed in a safe environment, the University of Aberdeen is planning a special viewing event in the institution’s new library starting at 4.20am on Wednesday.

The visibility of the transit will depend on favourable weather conditions so anyone wishing to attend the free event should visit www.abdn.ac.uk/science/public/venus2012after 4pm on Tuesday (June 5) when it will be confirmed if it can take place.

Dr Ken Skeldon, Head of Public Engagement at the University of Aberdeen, said: “The Transit of Venus is one of the rarest of planetary alignments in our solar system.  The 2012 transit is the last one any of us will see in our lifetimes, making it all the more special.

“Our new Library offers an unrestricted view of the North Sea horizon making it a fantastic venue to observe from and we hope people will take advantage of this opportunity.”

The transit of Venus occurs in pairs separated by eight years but the each pair is separated by a much longer timescale of either 105 or 121 years.  It last occurred in 2004 but will not happen again until 2117 and 2125.

Dr Skeldon added: “Earth orbits the Sun at an outer orbit compared to Venus and so occasionally, Venus can get in the way of our view of the Sun showing itself as a dark spot about 1/30th of the Sun’s diameter moving across the Sun's disc. It is this that we are seeing on Wednesday - and it is uncommon because of the vastness of the orbits and the relative motions involved.

“In some countries, Venus will travel across almost the whole diameter of the Sun, taking 5 or 6 hours to do so, however in Aberdeen, the view will be limited to Venus sweeping in an arc across the top part of the rising Sun.

“The transit of Venus has played a significant part in our understanding of astronomy.  Although it has been happening throughout history it has only been observed and recorded nine times since the invention of the telescope.

“Observations of successive transits used alongside the idea of parallax to measure distance, hinted at by Scottish mathematician James Gregory and later refined by Edmund Halley, offered good estimates of how far the Sun was from the Earth. The transit expedition of 1761 and that of 1769 during Captain James Cook’s first voyage around the world - produced Earth-Sun distance estimates that were accurate to within a few percent of today’s accepted value.”

The transit observation event will be held from 4.20am to 5.45am on Wednesday (June 6) on Level 7 of the University library, Bedford Road. For further details visitwww.abdn.ac.uk/events/details-12121.php

On the eve of the event, Dr John Reid, previously of the University's physics department, will be giving a talk entitled Transit of Venus: The Last in our Lifetime on June 5 in Aberdeen Maritime Museum. The talk begins at 6.30pm and booking for is essential by calling 01224 337714.