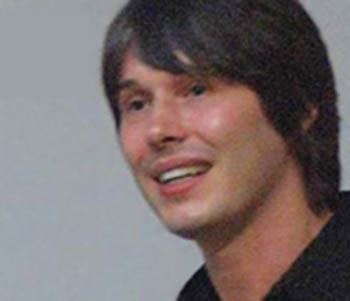 Popular TV physicist, Brian Cox, has been announced as one of a host of well-known and well-loved celebrity scientists who will appear at this year’s British Science Festival in Aberdeen.

Organised by the British Science Association, the University of Aberdeen and TechFest-SetPoint, the Festival takes place from September 4-9 and is one of Europe’s largest and most high profile public science events.

Professor Cox is a particle physicist working on the Large Hadron Collider in Cern, who presented the hit TV series Wonders of the Solar System. He was the British Science Association’s 2006 Lord Kelvin Award Lecture winner. He will be speaking about “The Quantum Universe” during the Festival.

Also signed up to take part in this showcase of UK science, is author Bill Bryson, renowned for his bestselling science book A Short History of Nearly Everything and for winning the 2005 EU Descartes Prize for science communication.

Super-sceptic Richard Wiseman will also be joining the fray, debunking paranormal phenomena and taking a humorous sideswipe at the ‘unexplained’.

British scientist, writer, broadcaster and member of the House of Lords, Susan Greenfield will also feature in the Festival programme. Susan researches the impact of new technologies on the mind, and will be delivering her findings about “The 21st century mind”.

Maggie Aderin-Pocock, renowned space scientist and TV presenter will be joining the Festival’s City Café Sci special event. She will be discussing the search for life in the Universe and how the latest technology can help us answer the ultimate question sooner rather than later.

The British Science Festival has been held nearly every year since 1831, taking place in different locations around the UK. It has previously been held in Aberdeen four times - in 1859, 1885, 1934 and 1963.

In total, over 350 of the UK’s top scientists, engineers and commentators will be coming together at the British Science Festival, to discuss the latest developments in science and technology. There is something for everyone, with events tailored for families, adults, and school groups – with a range of workshops, shows, presentations, quizzes, comedy and above all, interactive experiences to get involved with science.

The Festival is made possible by a range of generous supporters – energy companies BP and Shell are this year’s top level sponsors, and a whole spectrum of other organisations are involved in providing support.

Among these is EventScotland. Paul Bush OBE, Chief Operating Officer for EventScotland said “In the Year of Creative Scotland we are delighted that the British Science Festival is returning to Aberdeen with an exciting, interactive programme. Scotland is the perfect stage for events, and the festival will undoubtedly capture the imagination of visitors from both the local area and further afield, which will in turn deliver a strong economic impact for the area.”

Tim Smith, Vice President, Communications & External Affairs, BP North Sea, said: “The British Science Festival offers an unrivalled opportunity to showcase some of the scientific talent and ingenuity that we have both in Aberdeen and throughout Scotland. I am delighted that BP are supporting the return of this major festival to Aberdeen, after an absence of nearly 50 years, putting Scotland once again at the heart of scientific activity and debate.”

Glen Cayley, Vice President – Technical for Shell, said: “Shell are very excited that the British Science Festival is coming to Aberdeen and proud to have been able to play a part in bringing it here.  We are sure that it will give a huge boost to science, technology, engineering and maths - subjects that are vital, not just to our industry, but to the whole country.  Aberdeen is a centre of science excellence, so it is wonderful that the Festival will be here.”

Sir Roland Jackson, Chief Executive of the British Science Association, said: ‘We are thrilled to be returning, on our fifth visit since our formation in1831, to Aberdeen; a diverse city with thriving cultural and educational institutions. This major national event couldn’t take place without the support of organisations like BP and Shell, as well as the local delivery partners.’

About the British Science Festival

The British Science Festival is one of Europe’s largest science festivals and regularly attracts over 350 of the UK’s top scientists and speakers to discuss the latest developments in science with the public. Over 50,000 visitors regularly attend the talks, discussions and workshops. The Festival takes place at a different location each year and was last held in Aberdeen in 1963. The 2012 Festival will take place from 4 - 9 September hosted by the University of Aberdeen. For further information, visit www.britishscienceassociation.org/festival.

About the British Science Association

The British Science Association is the UK's nationwide, open membership organisation which provides opportunities for people of all ages to learn about, discuss and challenge the sciences and their implications. Established in 1831, the British Science Association organises major initiatives across the UK, including National Science & Engineering Week, the annual British Science Festival, programmes of regional and local events, and an extensive programme for young people in schools and colleges. The Association also organises specific activities for the science communication community in the UK through its Science in Society programme. For more information, please visit www.britishscienceassociation.org

Royal Dutch Shell plc is incorporated in England and Wales, has its headquarters in The Hague and is listed on the London, Amsterdam and New York stock exchanges. Shell companies have operations in more than 80 countries and territories with businesses including oil and gas exploration and production; production and marketing of liquefied natural gas and gas to liquids; manufacturing, marketing and shipping of oil products and chemicals and renewable energy projects. For further information, visit www.shell.com.

BP is one of the world's leading international oil and gas companies, providing its customers with fuel for transportation, energy for heat and light, retail services and petrochemicals products for everyday items. We employ over 100,000 people in more than 100 countries around the world. We strive to be a safety leader in our industry, a world-class operator, a good corporate citizen; and a great employer. We are working to enhance safety and risk management, earn back trust and grow value.

EventScotland is the national events agency. EventScotland is working to make Scotland one of the world’s leading event destinations. By developing an exciting portfolio of sporting and cultural events EventScotland is helping to raise Scotland’s international profile and boost the economy by attracting more visitors. For further information about EventScotland, its funding programmes and latest event news visit www.EventScotland.org.

TechFest-SetPoint is a registered charity hosted by the University of Aberdeen.  Through a programme of Science, Technology, Engineering and Mathematics (STEM) activities, the aim is to engage, challenge, inform and inspire young people and encourage them to choose a career which utilises these skills.  TechFest-SetPoint’s flagship event is TechFest In September, Aberdeen’s Science Festival which has been running in Aberdeen for 19 years.  This year its annual school programme will run as part of the British Science Festival, however TechFest In September will return for its 20th anniversary celebrations in 2013.