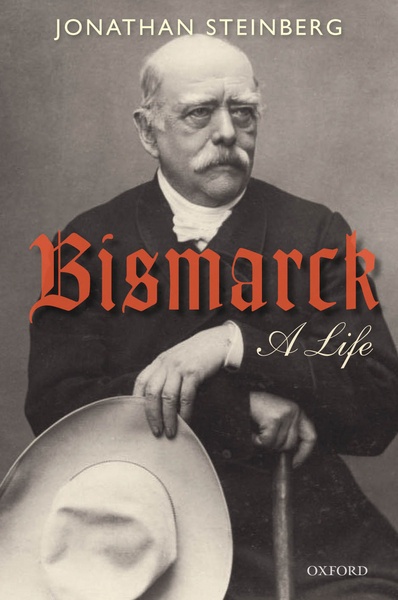 An eminent historian will draw on his bestselling book when he presents a public lecture in Aberdeen on the man who ‘made’ modern Germany.

The biography offers a fresh look at Otto von Bismarck (1815-1898) considered the founder of the German Empire.  For nearly three decades he shaped the fortunes of Germany, from 1862 to 1873 as prime minister of Prussia and from 1871 to 1890 as Germany's first Chancellor.

Bismarck is best known as a master of foreign affairs and statecraft, acting as a power broker between the then great powers such as Russia, Austria, France, and Great Britain, helping to produce one of the longest periods of stability in international affairs.

Steinberg's book presents a complex giant of a man: a hypochondriac with the constitution of an ox, a brutal tyrant who could easily shed tears, a convert to an extreme form of evangelical Protestantism who secularized schools and introduced civil divorce.

'Bismarck: A Life' was short-listed for the 2011 Samuel Johnson Prize for Non-Fiction and was featured on the 'Culture Show' on BBC 2.

Steinberg will present his free lecture in the Linklater Room, King’s College, University of Aberdeen, starting at 5pm on Thursday May 31.

Dr Thomas Weber, a Reader in History at the University and Director of the Centre for Global Security and Governance, said the event was an opportunity for the public in Aberdeen to hear from a great mind about someone who shaped modern history.

He said: "As Europe and the world skates from crisis to crisis, we are desperately in need of political leaders who do not only know what the right solutions are but also know how to get their way.

“We are thus very fortunate that Jonathan Steinberg – a wonderfully skilful public speaker and a brilliant mind – will come to Aberdeen to speak about the most powerful political figure of the 19th century. For Bismarck, unlike anyone else, knew how to plot his way."

The lecture is free to attend but booking is required. To reserve your place please visit www.abdn.ac.uk/events/details-11736.php