Aberdeen student to embark on prestigious media scholarship
21 May 2012 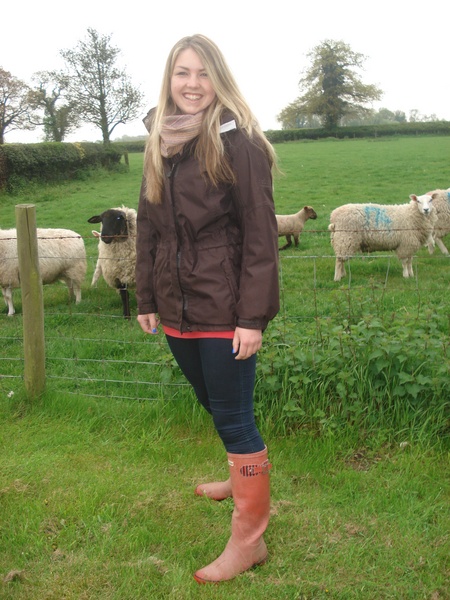 A University of Aberdeen student has secured a prestigious media scholarship which will see her embark on a placement with BBC programme Countryfile.

The scholarships are awarded to ten scientists annually and are designed to provide them with hands on experience of working in the media.

Gina, who was chosen from 180 applicants, will begin a 6 week placement with Countryfile this summer.

She will also work within the press centre during the British Science Festival which will be hosted by the University of Aberdeen, working alongside TechFest-SetPoint, from September 4-9.

Gina – whose research focuses on the management of deer and the impact they have on Scotland’s habitat – said she is looking forward to gaining an insight into the process behind the development of a television programme.

She said: “I am really excited to be offered this opportunity. Communication between scientists and the media is something that frequently comes under scrutiny and it will be fantastic to see what happens when research findings enter the public arena.”

Gina was also a runner-up in a recent British Science Association competition which called on entrants to describe a scientific concept around the theme “our world in motion”, in a 30 second video clip.

Gina’s winning film – which explained the interaction which takes place between our eye and brain when we see motion – can be viewed here: http://www.youtube.com/watch?v=Ah5HELvWDV0&list=PLF68E3F55764D480C&index=2&feature=plpp_video

The BSA media scholarships are open to practising scientists, social scientists, clinicians or engineers working in the UK and are part of a wide range of science communication, festivals, public events and programmes run by the BSA.

The 2012 Media Fellowships are made possible thanks to the generous support of our sponsors. Several sponsors have cultivated long-term relationships with their Fellows and are thanked for their support: BBSRC, IET, RCUK, STFC, The Scottish government, Wellcome Trust.