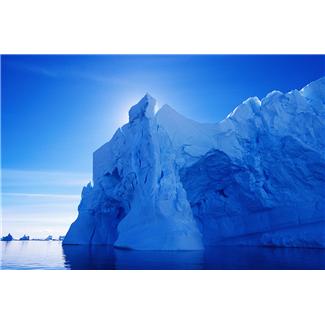 The prospect of finding oil in Antarctica will be discussed at a free event in Aberdeen on Wednesday (May 16).

Professor David Macdonald from the University of Aberdeen’s School of Geosciences will examine the fact and fiction surrounding claims that oil and gas reserves could exist in this area.

He will give an insight into the political, media and scientific viewpoints on the subject in his talk which takes place at 7pm in Waterstone’s Union Bridge branch as part of the University of Aberdeen’s Café Scientifique series.

Professor Macdonald said: “There is a vast amount of misinformation surrounding the prospect of oil and gas reserves being found in Antarctica.

“The possibility of exploration in this area first came to the fore up to 70 years ago and was given further precedence in the media spotlight during the Falklands war, when there was speculation around areas of the Antarctica which fell adjacent to the Falkland islands.

“In truth, we actually still know very little about Antarctica and what could lie beneath the ice. What is happening here is what I call the Eldorado complex – the idea that unknown lands will be a treasure trove of resources..

“We are perhaps as humans, hard-wired to be optimistic and there is certainly a build up in public perception that there are vast oil resources hidden in this area of the world, but in actuality this location might be the least prospective continent due to its geology.

“What we know at the moment suggests that any oil and gas would either be under kilometres of ice, or in areas of the continental shelf that are constantly scoured by giant icebergs. The task of uncovering the resources would be mammoth and unlikely to be economically viable.

“At the moment there is a ban on searching beneath the Antarctic for oil and gas under the international Antarctic Treaty. I suggest this political protection is all very well, but a hard, sober and rational economic view should also dictate that oil exploration in this area is not a wise option.”

Professor Macdonald’s talk – Frozen Eldorado? - is free to attend and booking is not required.

Professor Macdonald is an expert on polar geology, having worked for the British Antarctic Survey for 14 years and completed seven Antrarctic expeditions.  He also worked for the Cambridge Arctic Shelf Programme for seven years, including expeditions to Svalbard and Siberia.

Details of this and other events in the Café Scientifique series are available at http://www.engagingaberdeen.co.uk/.

The University’s Café Scientifique series are supported by a science engagement grant from the Scottish Government.