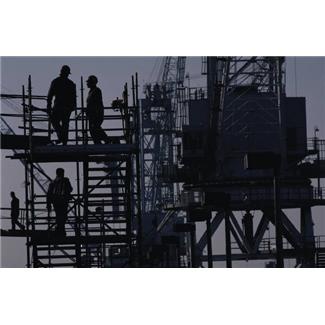 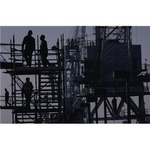 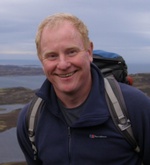 The Environmental Protection Agency Ireland (EPA) has today (Friday May 11) published a report from a preliminary study on current knowledge about the environmental considerations and impacts of shale gas exploration and extraction, and in particular the use of hydraulic fracturing technology.

The study, entitled Hydraulic Fracturing or ‘Fracking’: A Short Summary of Current Knowledge and Potential Environmental Impacts was conducted by Dr David Healy from the University of Aberdeen’s School of Geosciences.

The report provides an introduction to the environmental aspects of fracking including a review of regulatory approaches used in other countries and areas for further investigation and research.

The information provided by this preliminary research project will now be used to inform a more comprehensive study to be commissioned by the EPA, in co-operation with the Department of Communications, Energy and Natural Resources, the scoping of which will also involve the Department of Environment, Community and Local Government and the Commission for Energy Regulation.

The EPA expects to commission this second study in 2012

The report Hydraulic Fracturing (‘Fracking’): A Short Summary of Current Knowledge and Potential Environmental Impacts is available on the EPA website at http://www.epa.ie/downloads/pubs/research/sss/ .

The main findings of the preliminary study are set out under three headings: potential environmental impacts, regulatory approaches used in other countries and establishing best practice.

According to the study, the integrity of the well is vital for minimising potential impacts, particularly with regard to groundwater contamination from leaks and well blowouts, where fracking fluid in particular could enter groundwater aquifers. Fracking fluid could possibly contain chemical additives, methane (natural gas), and other substances present in the shale such as metals and naturally occurring radioactive material.

The report found that there is uncertainty surrounding the “carbon footprint” of natural gas from shale, with disagreement as to whether it is equivalent to conventionally extracted natural gas, or whether the effective footprint is significantly greater due to leakage of methane to atmosphere during the extraction process. This is an issue for the global environment because of climate change and may become increasingly important if shale gas extraction continues to develop.

The report also outlined other potential impacts due to the large volumes of water used in fracking, and provides information on the nature of additives which have been used in fracking operations, as well as outlining some of the options currently available for storage and disposal of flowback fluid.

Regulatory approaches used in other countries:

The study looked at regulatory approaches in Europe, North America and other regions, and presents available information on regulatory approaches in various jurisdictions. The study states that the US has the most experience in this area, as the industry is most developed there. However, it makes clear that EU Directives on Mining Waste and water protection (i.e. the Water Framework Directive) will place significant constraints on shale gas extraction activities in Europe which do not exist in the US, with regard to disposal of wastes and waste fluids.

The report suggests topics for further research to determine best practice, such as the feasibility of additive-free fracking fluids, flowback fluid treatment, the disposal and minimisation of methane losses to air and an increased understanding of shale geometry in complex formations.

The report also presents a list of requirements to be considered in establishing and achieving best practice. These include adequate monitoring and assessment of shale gas extraction installations and the receiving environment.

Background to the University of Aberdeen study:

In October 2011 the EPA commissioned the University of Aberdeen to conduct preliminary research to document what is currently known about the environmental considerations and impacts of shale gas exploration and extraction, the regulatory approaches used in other countries, best practice, and in particular the use of hydraulic fracturing (“fracking”) technology. The budget for this study was limited to €6,000.

The objectives of the research project were to provide information on:

The potential environmental impacts of fracking, in particular, and shale gas extraction in general.

The potential for methane and chemical migration into groundwater as a result of fracking.

The role of local geology in successful fracking and shale gas extraction.

The regulatory approaches taken in other countries where the fracking technique has been used.

Best Environmental Practice for shale gas exploration and extraction using the fracking technique, including the possibility of fracking without the use of chemicals.

Background to the Regulation of Unconventional Fossil Fuels and Shale Gas involving Fracking in relation to Ireland:

The extraction of shale gas on a commercial scale would require an IPPC licence in accordance with the provisions of the EPA Acts 1992 to 2011. Other regulators likely to have a statutory role in relation to the use of hydraulic fracturing include DCENR, the Commission for Energy Regulation (CER), An Bord Pleanála, local authorities and the Health & Safety Authority.

The EU Commission has set up an Ad Hoc Technical Working Group to examine the regulation of such activities at EU level.