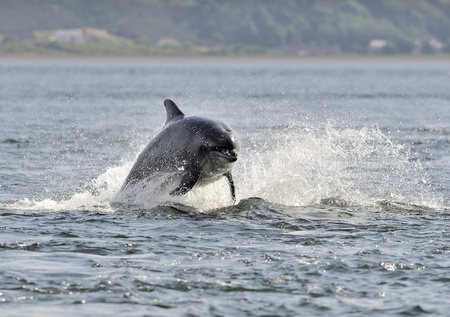 The world’s most northerly resident population of bottlenose dolphins is stable and may even be increasing, according to new research.

The world’s most northerly resident population of bottlenose dolphins is stable and may even be increasing, according to new research.

The east coast of Scotland is home to around 195 dolphins, the only resident population of bottlenose dolphins in the North Sea.  They are a regular tourist draw around the east coast and one of the most recognisable species in Scotland.

The report was commissioned by Scottish Natural Heritage (SNH) which has a duty to report on the condition of bottlenose dolphins within the Moray Firth SAC (Special Area of Conservation) every six years.

The University of Aberdeen has carried out more than two decades of monitoring using photographic analysis of individuals’ dorsal fins and other identifying characteristics.  And recently passive acoustic monitoring has been undertaken as part of the project.

Scientists found the dolphins had broadly similar patterns of use over the period 2005 to 2010 although their movements did change from year to year; possibly due to changes in the food supply.

Morven Carruthers, SNH policy and advice officer, said: “We can say with some confidence that the population of bottlenose dolphins on the east coast of Scotland is stable or increasing.  And the number of dolphins using the Moray Firth SAC between 1990 and 2010 appears to be stable.

“However, this population is considered vulnerable due to being small and isolated from other populations.

“The east coast bottlenose dolphins are a special part of Scotland’s nature and wildlife and a major tourist attraction, and it is encouraging to see that the population is currently stable.  Monitoring will continue to observe the dolphins and help ensure that they do well.”

The Moray Firth SAC extends from the inner firths to Helmsdale on the north coast and Lossiemouth on the south coast.  Bottlenose dolphins are protected under the EU Habitats Directive wherever they occur in the wider marine environment; not just within the boundary of the SAC.

And now the DSP has scooped a top conservation prize.  It won the Marine Award at the recent RSPB Nature of Scotland Awards in the face of stiff competition from across the country.

“As the tourist season is gearing up we encourage everyone to ‘watch how they watch’ by using one of the accredited tour boat operators under the DSP or by watching from the shore.   Even small recreational boats and canoes can cause a disturbance to dolphins and other wildlife, so sticking to the code of conduct will help make sure no disturbance occurs.”

Bottlenose dolphins are listed under Annex II of the Habitats Directive as a species whose conservation requires the designation of Special Areas of Conservation (SAC).

The EU Habitats Directive gives bottlenose dolphins a strict level of protection throughout Scottish and UK waters.  This ensures they are protected wherever they occur in the wider marine environment and not just within the boundary of the SAC.

The Dolphin Space Programme is an innovative accreditation scheme for tour boat operators in the Moray Firth who agree to stick to a code of conduct that helps minimise the impacts of boat traffic on the dolphin population.  For more info visit http://www.dolphinspace.org/

Scottish Natural Heritage is the Government’s advisor on all aspects of nature and landscape across Scotland. Our role is to help everyone understand, value and enjoy Scotland’s nature now and in the future.  For further information visit http://www.snh.gov.uk/