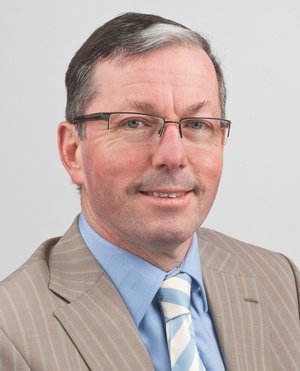 A century on from the sinking of the Titanic, the disaster remains firmly entrenched in the public mindset.

One hundred years to the day from the survivors of the sinking arriving in New York, John Edwards, Head of Collections, Aberdeen Museums and Galleries, will discuss what went wrong when the ship struck an iceberg off Newfoundland.

It is a subject close to his own heart – hailing from Nova Scotia his own family were involved in recovery missions to retrieve the dead from the icy waters.

Mr Edwards, who is based at Aberdeen’s Maritime Museum, will explore the tragic events which led to sinking of the Titanic at a special Café Scientifique, organised by the University of Aberdeen, on April 18.

He will host a public discussion in Waterstone’s, Union Bridge, examining how the survivors owed their lives to technology and how Titanic's fate might have been avoided if any one of a set of factors had been slightly different.

He said: “With my own background in Nova Scotia – the closest port to where the ship sank - I have always felt a strong connection to the Titanic.

“My great uncle was on board one of the vessels sent out to try and recover the dead and part of my talk will deal with that aspect.

“The Titanic has remained in the public conscious for a century and if anything interest in the disaster has grown in recent years, particularly since the discovery of the wreck in 1985.”

Mr Edwards will talk about the technology that gained the Titanic its ‘unsinkable’ label and look at how the disparity between advances in construction techniques and the legislation governing them contributed to the disaster.

“A lack of lifeboats on board is one of the best known aspects of the Titanic tragedy but in 1912 there was no requirement to make lifeboat provision for every passenger.

“Twenty lifeboats was actually four more than the ship was required to have by law – despite this only being enough for around half of those on board.

“Regulation hadn’t changed to keep pace with the building of much larger ships and it was believed that new construction techniques of the time would prevent ships from sinking.

“Obviously this proved to be wrong and I will explore how the design of hull may have contributed to the rapid speed at which the Titanic went down.

“I hope to engage the audience in lively discussion around these issues and hope that the event will be of interest to those with a keen interest in the Titanic as well as those who know little of the detail of the disaster but are keen to know more.”

The talk ‘RMS Titanic – 100 Years On’ in part of the Café Scientifique series coordinated by the University of Aberdeen’s Public Engagement with Research Unit and supported by a science engagement grant from the Scottish Government.

Dr Ken Skeldon, Head of Public Engagement with Research at the University of Aberdeen, added: “The Titanic’s sinking resulted from an unfortunate coincidence of factors, some down to nature and others down to human actions. It is a fascinating story that has struck a chord in people again with the 100th anniversary of the tragedy.”

The event is free and booking is not required. Mr Edwards will begin the evening at 7pm with a short presentation, followed by a break and a chance to get refreshments from the COSTA bar, and then an audience-led discussion will follow.

For details of all community cafe events please visit www.engagingaberdeen.co.uk