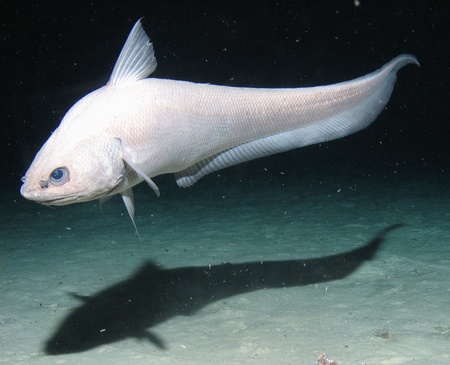 Aberdeen scientists are part of a major international collaboration which will conduct the first systematic study of life in the deepest marine habitat on Earth - ocean trenches, which are regions of the sea floor ranging from 19,685 to 36,089 feet or 6,000 to 11,000 metres.

The University of Aberdeen scientists will join researchers from the Woods Hole Oceanographic Institution (WHOI); University of Hawaii; Whitman College; National Institute of Water and Atmospheric Research (NIWA) in New Zealand, and The National Oceanography Centre (NOC) at the University of Southampton on the three-year $1.4 million study funded by the National Science Foundation.

Oceanlab – at the University of Aberdeen – is contributing some of their deep sea expertise and technology.

Due to the extreme pressures and technical challenges involved in reaching these ocean depths, known as the hadal zone, trenches are among the least studied environments on the planet.

Tim Shank, a deep-sea biologist at WHOI and lead investigator on the Hadal Ecosystem Studies (HADES) programme, said: “Over the years, we’ve made large leaps in understanding life at deep-sea hydrothermal vents, seeps and seamounts, but we know relatively little about life in our ocean trenches.

“The program is global in scope. The goal is to conduct detailed studies of the composition, diversity, and adaptations of life in the major deep ocean trenches and then compare these findings between the trenches around the world.”

The work of the HADES program is possible due to recent advances in imaging technology, as well as the sampling and exploration capabilities of Nereus, a deep-diving Hybrid Remotely Operated Vehicle developed at WHOI. Conceived in 2000, it took nearly a decade to design and build. On its maiden voyage in 2009, Nereus successfully reached Challenger Deep, an area nearly 36,000 feet below the surface, providing new access to the deepest parts of the ocean floor.  Nereus will be joined by Oceanlab’s fleet of full ocean depth Hadal-Landers.

The HADES program will begin its work in 2013 at the Kermadec Trench, an area roughly 750 miles long and 32,963 feet (10,047 metres) deep located off the northeastern tip of New Zealand. It will later conduct expeditions to the Mariana Trench near the island of Guam in the west Pacific.

Using a state of the art, free-falling autonomous baited camera system built at Oceanlab, the research team documented many new species of animals in the Kermadec and other trenches around the Pacific Rim in the past few years.

Dr Jamieson said: “To date, this method has been successful in observing things such as the deepest fish ever seen alive and the supergiant amphipod amongst many others.

“By combining WHOI’s HROV Nereus with Oceanlab’s Hadal-Lander technology, the team have the best available technology at their disposal.”

In addition to sampling these species and imaging the terrain they live in, the HADES team plans to analyse their DNA to begin to unravel how they have evolved the ability to survive in such an extreme environment.

The team, including Dr Daniel Mayor, also from the University of Aberdeen’s Oceanlab, will examine the food supplies, energetic demands, and metabolic rates of trench organisms to determine the role they play in structuring the communities of trench ecosystems.

Dr Mayor said: “The HADES program represents an unprecedented opportunity to investigate how the availability of food influences the distribution of life in one of the most extreme environments on Earth.”

Since pressure in the hadal zone can reach more than 16,000 pounds per square inch, the team will also examine the mechanisms that trench species have evolved to cope with the extreme force.

Exactly how these animals withstand intense pressures is not completely known, but scientists are putting together pieces of the evolutionary puzzle.

Dr Jamieson added: “The bringing together of the world’s best deep-sea scientists and technology to comprehensively examine the deep trenches is long overdue, and the team are ecstatic about what we are about to do.”

Dr Alan Jamieson is available for interview. To arrange, contact Jennifer Phillips on 01224 273174.