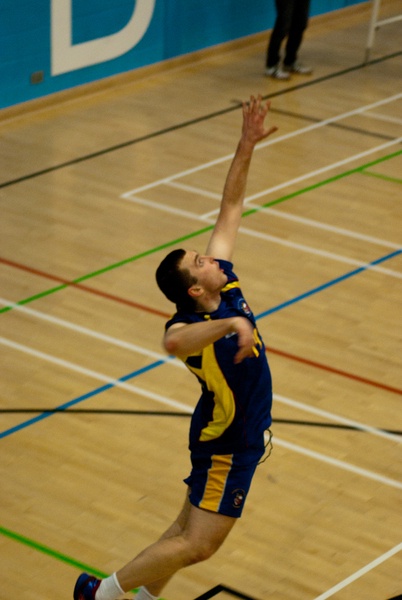 It has proved a successful week for men’s sport at the University of Aberdeen with a league title secured and two teams through to finals and semi-finals.

The Rugby 3rd XV took a convincing 26-7 victory over closest rivals Dundee 2nd XV to claim the Scottish 4A title and earn promotion for next season. Their unbeaten run to date has put them in an unreachable position at the top of the table.

The Basketball Men’s 1st team secured another strong away victory to beat Portsmouth 65-54 to reach the final of the BUCS (British Universities and Colleges Sport) Trophy. Having won the same competition last year this puts them in a great position to claim back to back wins in Sheffield on March 17.

Also in the BUCS Trophy competition, the Volleyball men won a very close-fought match against Napier University 3-2 to advance to the semi-finals. Both the semi-final and final will be played in Sheffield on the 17th and 18th March as part of the BUCS Championships.

Adam Downie, president for Sport, said the success enjoyed in basketball, volleyball and rugby would provide inspiration for teams across the University.

He said: “This has been a very successful week for University sport and we’re delighted by the achievements of these three teams.

“These successes come at a crucial stage in the league with just a few key matches remaining for our other teams.

“With six league titles already secured, including our Women’s Hockey 1s thanks to a 6-0 victory over Heriot Watt, these victories will act as real inspiration to our other teams.

“We’re looking forward to an exciting end of season with the Scottish Cup Finals Day on March 21, the BUCS Championships in Sheffield for Fencing, Judo, Karate and Climbing, as well as the Outdoor Athletics Championships that are the test event at the new Olympic Stadium in London.”